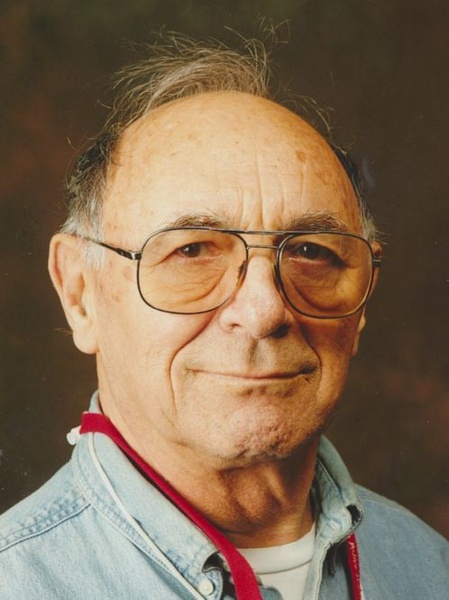 John R. Masaros, age 85, passed away on Saturday, March 12, 2016.  John was born in Combined Locks to the late John D. and Veronica Masaros. After graduating from Kimberly High School, he worked at the Combined Locks Paper Mill before serving in the U.S. Army during the Korean Conflict.  He graduated from UW Oshkosh, married, and began his career with the Appleton Police Department, working there 27 years.

John volunteered with the Boy Scouts, Meals on Wheels, and Fox Cities Victim Crisis Response Team.  As an active member of First Congregational UCC he had been a part of the Stephens Ministry as well as other programs and activities. John used his time and talents quietly throughout his lifetime helping others.

John is survived by his wife of 53 years, Betty, his daughter Jane (Darryl) Boone, his son Guy Masaros (special friend, Margie), and his grandchildren Joel Paltzer, Mason and Katie Boone.

John was preceded in death by his sister Nancy Jane and his brother Ken.

A Memorial Service for John will be held at 1:30 p.m. on Monday, March 21st at FIRST CONGREGATIONAL UCC, 724 E. South River St. Appleton.  Visitation will occur from 10:00 a.m. until the time of service. In lieu of flowers, memorials may be directed to the John Masaros Memorial Fund or a charity of your choosing. Online condolences may be expressed at www.wichmannfargo.com.

The family extends sincere thanks for the care given to John by Dr. Michael Johnson and his staff, the staff at Fresenius Dialysis Center Appleton, and his friend Diane.

To order memorial trees or send flowers to the family in memory of John R. Masaros, please visit our flower store.