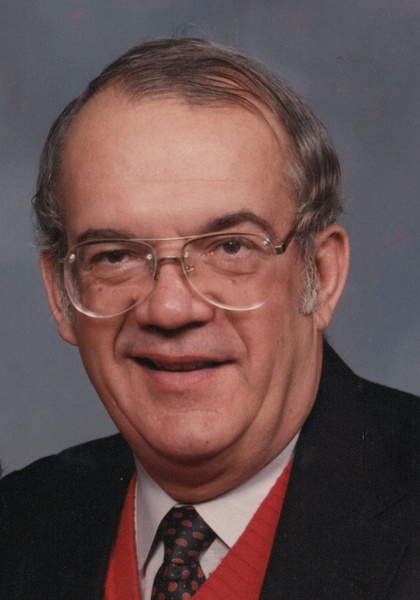 John D. Lehman, 85, passed away peacefully on Tuesday, May 31, 2022. He was born on August 2, 1936, in Kaukauna, son of George and Esther (Reidy) Lehman. John attended Holy Cross Catholic Church.  Every important moment in his life has roots at Holy Cross, including his baptism, first communion, confirmation, marriage, and now, his funeral liturgy.

He graduated from Kaukauna High School, class of 1954, then served in the Navy.  John graduated from U.W. Oshkosh with a political science major. For most of John’s life, he worked as a salesman to the Paper Industry. For his volunteer work, John was a former usher at St. John’s Evangelist Catholic Church in Gillett, a member of the American Legion, a former President of the Berry Lake Property Association, a member of the Knights of Columbus in Oconto Falls, and served on the election board at Underhill Township.

John was united in marriage to Nancy Starke on June 28, 1958, at Holy Cross Catholic Church. John will always be remembered for his consistent devotion to Jesus and Mary. He had a friendly and fun disposition. His favorite sports teams were, Packers, Marquette, Badgers, and the Cubs. He had artistic passions for creating on tile and wood surfaces. John followed the Big Bands, especially the musician, Stan Kenton. St. Patrick’s Day was a favorite holiday, because of his Irish roots. Tuesday Berry Lake meetings was fun for him in his retirement. John and Nancy had adventures with traveling with friends here and overseas.

John was preceded in death by his parents, George and Esther Lehman, brothers Patrick and James Lehman, and other relatives, Sue Lehman, Diane Lehman, Jason Lehman and Karolee Lehman.

The Funeral Liturgy for John will be held at 11:00 AM on Thursday, June 9, 2022 at Holy Cross Catholic Church, located at 309 Desnoyer Street in Kaukauna, with Fr. David McElroy, O. Praem. officiating.  full military honors will take place at church after mass, and interment will take place in Appleton Highland Memorial Park. Visitation will be on Thursday from 9:00 AM until the time of the Mass.
Memorial contributions are appreciated to Holy Cross Catholic Church or The Berry Lake Property Association.

John’s family would like to extend a heartfelt thank you to the staff and caregivers of New Perspective, Island Shore, and Theda Care at Home Hospice for their exceptional compassion and care.

To order memorial trees or send flowers to the family in memory of John D. Lehman, please visit our flower store.