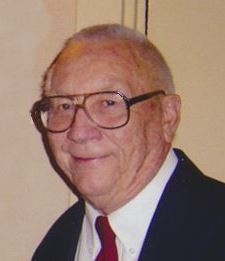 John “Jack” Hartzheim, age 87, of Menasha, flew to Heaven on Thursday, September 26, 2013, from his home. Jack was born on May 22, 1926, son of the late Victor and Anna Hartzheim. Jack attended Appleton High School and joined the United States Navy when he was 17 years old. He served on the U.S.S. Morris and was a humble Kamikaze WWII survivor. Jack married his high school sweetheart, Delores Malchow, on December 31, 1945, while on leave from the Navy. After his honorable discharge, Jack was employed at Fluor Brothers Construction, Oshkosh for over 43 years. He was a member of United Brotherhood of Carpenters (Local 955). He recently was a recipient of his 65 year pin.

Jack will be remembered as a hard working “Man of Integrity” who always put the love of his family first. He enjoyed boating, camping, fishing, the Green Bay Packers, and “building things” – from birdhouses to his house on Lake Winnebago. His grandchildren called him; “Hammer Grandpa”. He was a member of VFW (Post 2778), and America Legion (Post 38)

A celebration of Jack's life will be held at 11:00 a.m on Tuesday, October 1, 2013 at the WICHMANN FUNERAL HOME TRI-COUNTY CHAPEL (3212 S. Oneida St, Appleton) with Rev. Mike Huff officiating. A visitation will be held from 10:00 a.m. until the time of service. Military honors to follow the service. Interment will take place at HOLY ANGELS CEMETERY, Darboy. In lieu of flowers a memorial fund will be established for Make a Wish Foundation and Wounded Warriors in Jack's name. Online condolences may be expressed at www.wichmannfargo.com.

Jack's family would like to thank Affinity Hospice, especially Shelly, Liz, and Kristin for their care and compassion.

In memory of Jack, the family requests that you “pay a kind deed forward.”

To order memorial trees or send flowers to the family in memory of John "Jack" Hartzheim, please visit our flower store.