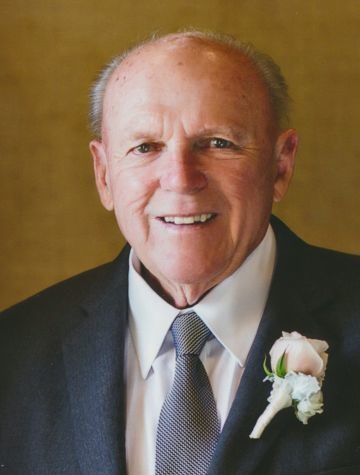 John “Jack” Joseph Dario, age 75, passed away peacefully with his family by his side on Thursday, May 5, 2016 at the Thedacare Regional Medical Center, Appleton. Jack was born July 2, 1940 in Iron Mountain, Michigan, son of the late Joseph and Ora (Frickleton) Dario. He graduated from Iron River High School in 1958 and shortly after graduation he enlisted in the Army National Guard, serving until 1966. On April 15, 1967, Jack married Sylvia Grady in Appleton. Jack started his apprenticeship as a pattern maker with Allis Chalmers Co. in Appleton and worked there for nine years. He then went on to work as a pattern maker for Giddings and Lewis in Kaukauna and Menominee, Michigan. In 1976, he and his family moved back to the Fox Valley where he worked as a pattern maker at Neenah Foundry until his retirement in 2000.

Jack was an avid outdoorsmen; enjoying bird hunting and fly fishing. He especially loved the spring and summer months when he could plant his tomatoes and peppers and watch them grow. Above all he enjoyed spending time with his friends and family, including his friends at Mr. G's and The 10th Frame. Jack was known as a caring and compassionate person who was always willing to help others.

Jack will be greatly missed by his wife of 49 years, Sylvia Dario of Appleton; his children: Tasha (Dave) Grumbling of Greenville, Anissa (Mike) Zientara of San Francisco, California, and Scott (Joy) Dario also of San Francisco, California. He is further survived by his grandchildren: Marin, Jack, Annie and Colton; as well as his brother-in-law: Larry (Babette) Grady; niece: Karrie Grady; and nephews: Brandon (Evelyn) and Jordan (Richelle) Grady; and his sister-in-law: Sylvia Dario. He was preceded in death by his parents; Joseph and Ora Dario; his brother: Tony Dario; and his brother-in-law Rodney Grady.

The funeral service for Jack will be held at 11:00 a.m. on Tuesday, May 10, 2016, at WICHMANN FUNERAL HOME TRI-COUNTY CHAPEL, 1592 Oneida St., Menasha, with Rev. Kurt Hoffman officiating. Friends and family may visit from 9:00 a.m. until the time of service. Online condolences may be expressed at www.wichmannfargo.com.

Jack's family would like to thank the nurses and staff on the 3rd floor at Thedacare Regional Medical Center Appleton for their kindness and care.

To order memorial trees or send flowers to the family in memory of John "Jack" Dario, please visit our flower store.