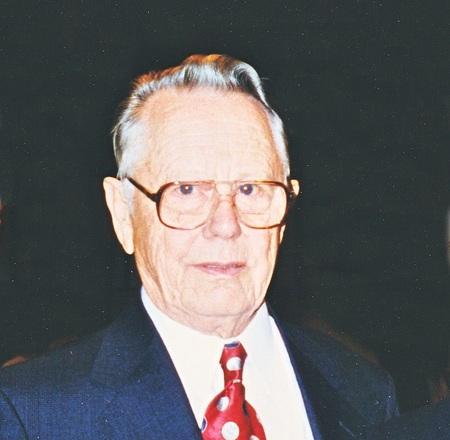 On June 20, 1996, he married Germaine (Raab) Abitz at St. Bernard Catholic Church in Appleton. She survives.

Mr. Farrell attended St. Nicholas Elementary School in Freedom and later graduated from Freedom High School. Following graduation he served as a Staff Sergeant in the U.S. Army Quartermaster Corps from July 2, 1941 until his honorable discharge on Dec. 16, 1945.

Following military service, he was employed at Neenah Papers, Inc.

Mr. Farrell enjoyed farming, gardening, completing jigsaw puzzles and spending time with his family. Proud of his Irish heritage, he will be remembered as an entertaining storyteller and for his quick wit.

He was a member of St. Mary Catholic Parish, Appleton.

Survivors, in addition to his wife, include numerous nieces and nephews, along with his wife's seven children and 15 grandchildren.

Visitation will be Saturday from 11:30 a.m. until the time of services at the church.

In lieu of flowers memorials may be made a local veterans organization.

To order memorial trees or send flowers to the family in memory of John Francis Farrell, please visit our flower store.