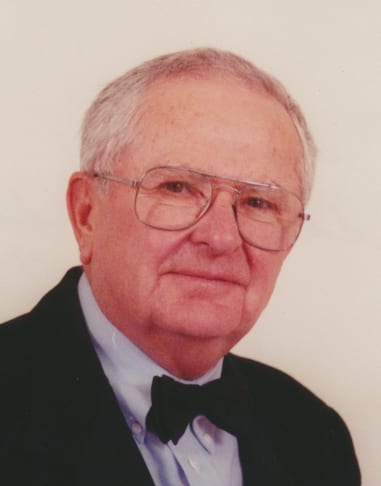 John E. Boettcher age 90 of Appleton, was called to the loving arms of his Lord on Monday May 11, 2020 with his family by his side. John was born on July 16, 1929 in Appleton to Elmer and Geraldine Boettcher. John was baptized and confirmed in the Christian faith at St. Paul Evangelical Lutheran Church in Appleton. He was a lifelong member of his church, volunteering and assisting on numerous boards. He served his country in the United States Army beginning in April 1951 with overseas combat duty in the Korean War. After his time in the Army, he returned home and worked for AAL (Thrivent Financial for Lutherans) for 38 years retiring as Second Vice President of Computer Services in 1987.

In 1942 when John was a sophomore at Appleton High School, he had the opportunity to watch a performance of a professional juggler. John was immediately captured by the performance, met the juggler after the show and developed an enthusiasm for juggling. Over the years, he taught himself the skill of juggling and riding a unicycle. In 1953 the US Army flew John to New York to perform on a coast-to-coast television special, hosted by Steve Allen, as a tribute to our troops. John went on to perform his act part-time for 60 years, entertaining and making thousands of people smile. At the end of each performance John would say to the audience: “treat every day as if it’s your last and one day you will be right.”

On September 11, 2014 John was humbled and honored to be included in an Old Glory Honor Flight visiting Washington DC with his son Steve.

A private service for the family will be held at 11:00 AM Saturday, May 16, 2020, and will be livestreamed. Please locate John’s obituary page at wichmannfuneralhomes.com and follow the simple link.

The family would like to thank the pastors and members of St. Paul Church. Additionally, they would like to express their gratitude to Rebecca, Jessie, and Randi from hospice, and the staff at Willow Lane for their kindness and assistance in the loving care given to our father.

In lieu of flowers, we are thankful for memorials given to St. Paul Ev. Lutheran Church of Appleton or Fox Valley Lutheran High School.

To order memorial trees or send flowers to the family in memory of John E. Boettcher, please visit our flower store.