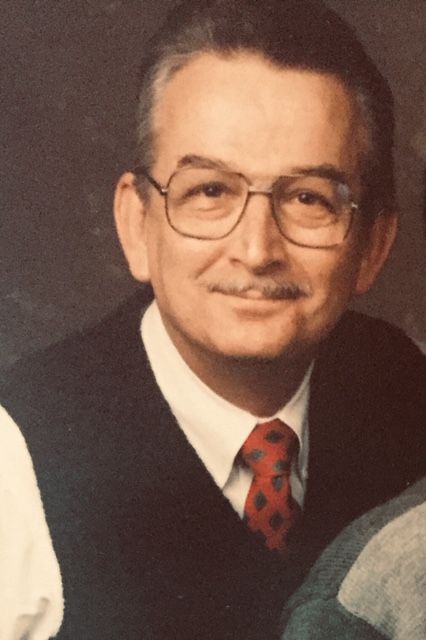 John C. Kettner, age 80 of King, left this world on Thursday, October 11, 2018, to be with his Savior. John was born on September 7, 1938 in Appleton, to Charles and Mary Kettner. As a young man, he enlisted in the United States Marine Corps from 1956 to 1960 and spoke fondly of his time serving his beloved country. He attended the University of Wisconsin in Madison, earning a degree in Electrical Engineering in 1964. While at the University, he was a proud member of Kappa Eta Kappa, the professional electrical engineering fraternity on campus. He used his engineering skills in communications for the progression of the Aeronautics and NASA Space Programs. He was a lifelong learner and enjoyed expanding his education in his field of engineering. Through the years, he progressed up the corporate ladder, taking management positions for the Control Data Corporation, General Electric Corporation, Bendix Corporation, Ratheon Corporation, Honeywell, Sperry Flight Systems, and Lockheed Martin. In addition, John was a loyal participant of the Catholic faith, routinely attending church services every Sunday. John was an outdoorsman and loved to fish. He was a history buff and enjoyed Western movies. He had a soft heart for all animals and cherished his dogs throughout the years, anticipating his daily walks with them. He spent the last few years of his life at the Wisconsin Veterans Home at King. He truly appreciated the staff that cared for him and the friends he made there.

John was preceded in death by his parents and 2 brothers: William and Lawrence Kettner.

Funeral services will be held at 10:00 am, on Friday, October 26, 2018, at the Wichmann Funeral Home, 537 N. Superior St., Appleton. Interment will be in the Central Wisconsin Veterans Memorial Cemetery, King. Visitation will be on Friday at the funeral home from 9:00 am until the time of the service.

He will be sadly missed by his daughter, grandchildren, sisters, brother, friends, and neighbors.

The family would like to send their deepest gratitude to the staff at the Wisconsin Veterans Home at King and to Heartland Hospice for their compassionate care provided to John, one of our beloved American heroes. John loved you and his family does too.

To order memorial trees or send flowers to the family in memory of John Charles Kettner, please visit our flower store.