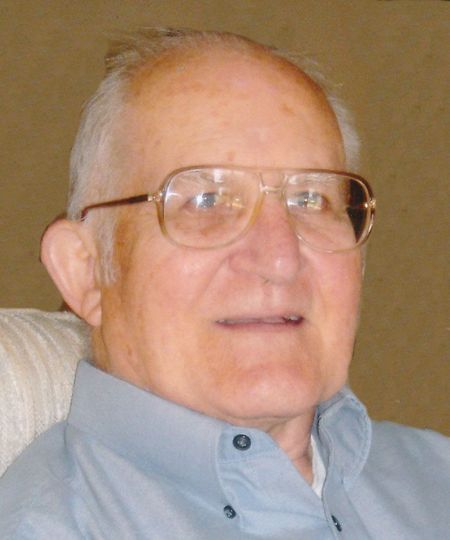 Jack Gosling, age 84, passed away on Monday, July 30, 2012 at Appleton Health Care Center. Jack was born in Menominee, Michigan on December 1, 1927, son of the late John and Irene (Akey) Gosling. Jack received his Bachelor of Science degree from St. Norbert College in DePere, and earned his Master's in Guidance at Marquette University in Milwaukee. On July 22, 1961 he married Pat (nee Molumby) at St. Raymond's Catholic Church in Mount Prospect, Illinois. Jack served his country as a member of the United States Army-Air Force, being honorably discharged after WWII. His life of service continued as a well-liked Science Teacher at Pius XI High School in Milwaukee for eleven years and then as a Chemistry Teacher for over twenty years, at Appleton's Xavier High School. He was a member of the Kiwanis Club, the Knights of Columbus and was a Scout Master.

Jack enjoyed fishing, duck hunting and camping, was a history buff, and most of all he enjoyed helping out those in need. Jack loved to volunteer and promoted youth activities, starting the Key Club at Xavier High School and the Crop Walk in Appleton, activities that continue to this day, along with being on many other boards and committees.

Jack is survived by his wife of 51 years: Pat Gosling of Appleton; three sons: John J. (Mary) Gosling, parents of Elizabeth and Anna, William P. (significant other Luann) Gosling, father of Ian, Colin and Conor, and Paul R. (Stacey) Gosling, parents of Ethan, all of Appleton. He also leaves behind his sister, Mary Fournier, of Menominee, Michigan, a brother Thomas J. (Mary Ellyn) Gosling, of Aurora Colorado, and in-laws, Edie and Bob Molumby, of Evanston, Illinois, nieces, nephews, other relatives and many friends.

He was preceded in death by: his parents, mother and father-in-law, Irma and Joseph Molumby, a brother-in-law; Matt, and several cousins.

The funeral liturgy for Jack will be held on Friday, August 3, 2012 at 11:00 AM at ST. MARY CATHOLIC CHURCH, 312 S. State St. with Fr. Jim Leary OFM CAP officiating. A time of visitation will be held on Friday from 9:00 AM until the time of the service at the church. Online condolences may be expressed at www.wichmannfargo.com.

The family would like thank Jack's caregivers at Appleton Health Care Center, Colony Oaks, and Heartland Hospice for all of the care shown Jack and his family. In lieu of flowers a memorial fund is being established in his name.

To order memorial trees or send flowers to the family in memory of John C. Gosling, please visit our flower store.