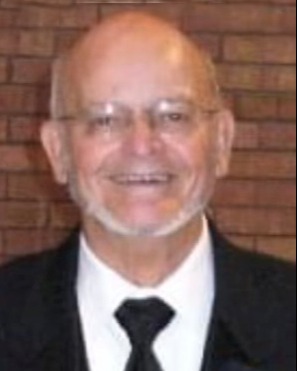 John C. Anholzer, 90, has gone to his heavenly resting place on December 20, 2022, surrounded by his loving family at St. Paul Elder Services in Kaukauna. John was born on May 17 1932 in Appleton Wisconsin and was a beautiful addition to the family of Elmer Anholzer and Mary (Grosser) Anholzer.  After graduating from high school, John enlisted into the United States Navy where he proudly served as an aviation machinist and on the air transport squadron.  While enlisted he was awarded with the distinguished Good Conduct Medal.  On May 12 1956 John married his sweetheart, Joan Resch.  After his discharge from the Navy, he went on to work as a four color pressman at Banta for 37 years.  While he was devoted to his job, he had an amazing dedication to his family.  Joan and John became the proud parents to 2 beautiful girls Deb and Linda and 2 handsome sons Mike and Steve.  John lived and breathed for his family and of all the places in the world with them was where he preferred to be.  While John dedicated a great deal of his time to his family, he still was able to make time to enjoy other things he cherished.  With a trailer at the Pearl Lake Campground, the family spent a lot of time enjoying nature and time together.  He also had a fondness for his motorcycle and would light up the day for the other kids at the campground when he would give them rides around.  John was also a noble member of the American Legion Honor Guard and with American Legion post 38.  In his spare time, he also volunteered at BRAVO doing roadside assistance and as a driver delivering blood to the Community Blood Center for 15 years.  Those who know John are aware of his wonderful ability to make people laugh and his love for serving others.  There were always smiles and laughter when John was nearby!  John also was especially fond of his beloved Betty Schultz whom he shared his life with for 20 years.  John and Betty were so grateful to enjoy so many years laughing and loving each other.

John was preceded in death by sons Mike Anholzer and Steve Anholzer, his beloved wife Joan, brothers Bill (Della) Anholzer and Bob Anholzer.  He was also preceded by his loving sisters Phyllis (Mike) Goehler and Helen (Bob) Young; sweetheart Betty Schultz as well as many in-laws.

The family would like to extend their sincere gratitude to the caring angels at St. Paul Elder Services. Each one of you touched our lives in a special way, and we will never forget you love, care, and compassion.

A Farewell Devotion for John will be held at 5:00 PM Tuesday December 27, 2022 at the Jansen Fargo Funeral Home located at 204 E. Kimberly Avenue, in with Msgr. Jim Vanden Hogen officiating.  A visitation will take place from 3:00 PM until the time of service also at Jansen Fargo Funeral Home.  John will be recognized with military honors at 5:30 PM.

To order memorial trees or send flowers to the family in memory of John C. Anholzer, please visit our flower store.