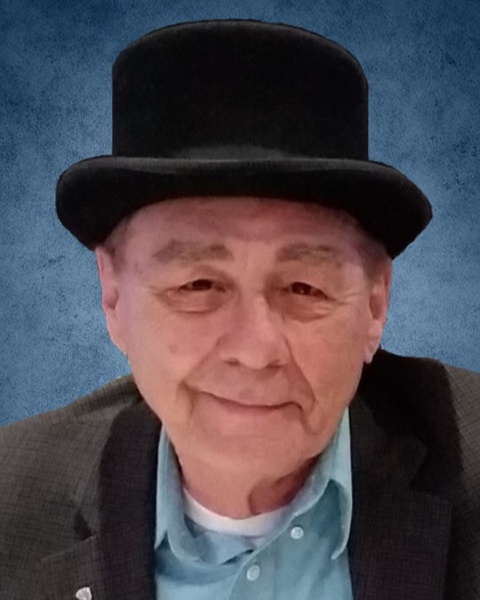 Jesus tapped Jim's shoulder while he was watching TV Sunday night and said, “It's time to come home.”

Jim was born December 21, 1943, in Brookline, MA to Jeanette and Joseph Hughson. After high school, he joined the Marine Corps, serving from 1962-1968, and during that time he earned the Purple Heart.

He met his wife, Gaye in 1968 when a mutual friend introduced them. After marrying in 1969, they lived in Appleton, where their son, Jamey, was born in 1977. Jim started out at Zwicker Knitting Mills, and later became a salesman for Prudential Insurance, where he thrived . He accepted a managerial position which took his family to Hartford in 1979. During his tenure at Prudential he earned many awards, and he and Gaye spent their leisure exploring new destinations. Jim became interested in refereeing soccer games, including some of Jamey's games, which he did for 10+ years. As a family they enjoyed Brewer baseball games. Jim was also a foster dad to Sam and Curt for 5 years. He was fond of putzing with wood working, and at his last home, his shop was exceptionally well-equipped.

A heart attack forced his retirement from Prudential, but afforded him the opportunity for further education. He earned an Associate Degree in the Tool & Dye profession and was an apprentice in the trade, until he retired in 2008. During retirement he discovered a fondness for collecting trains and railroad memorabilia, especially from the era of his childhood. Many happy hours were spent in his workshop, laying plans for train layouts, and researching the correct way to do so.

By the grace of God, Jim's last week was spent in Orlando, FL, with his wife, son Jamey, and his grands, Atlas and Athena. They shared a memorable 5 days together before Hurricane Ian sent them packing.

Visitation will be held at Jansen Fargo Funeral Home, 204 E Kimberly Ave, Kimberly, on Saturday, October 15th at 11:00 am. Service to follow at noon.

In lieu of flowers, the family would appreciate donations to a local food pantry or to a veterans' organization in Jim's honor.

To order memorial trees or send flowers to the family in memory of Jim Hughson, please visit our flower store.