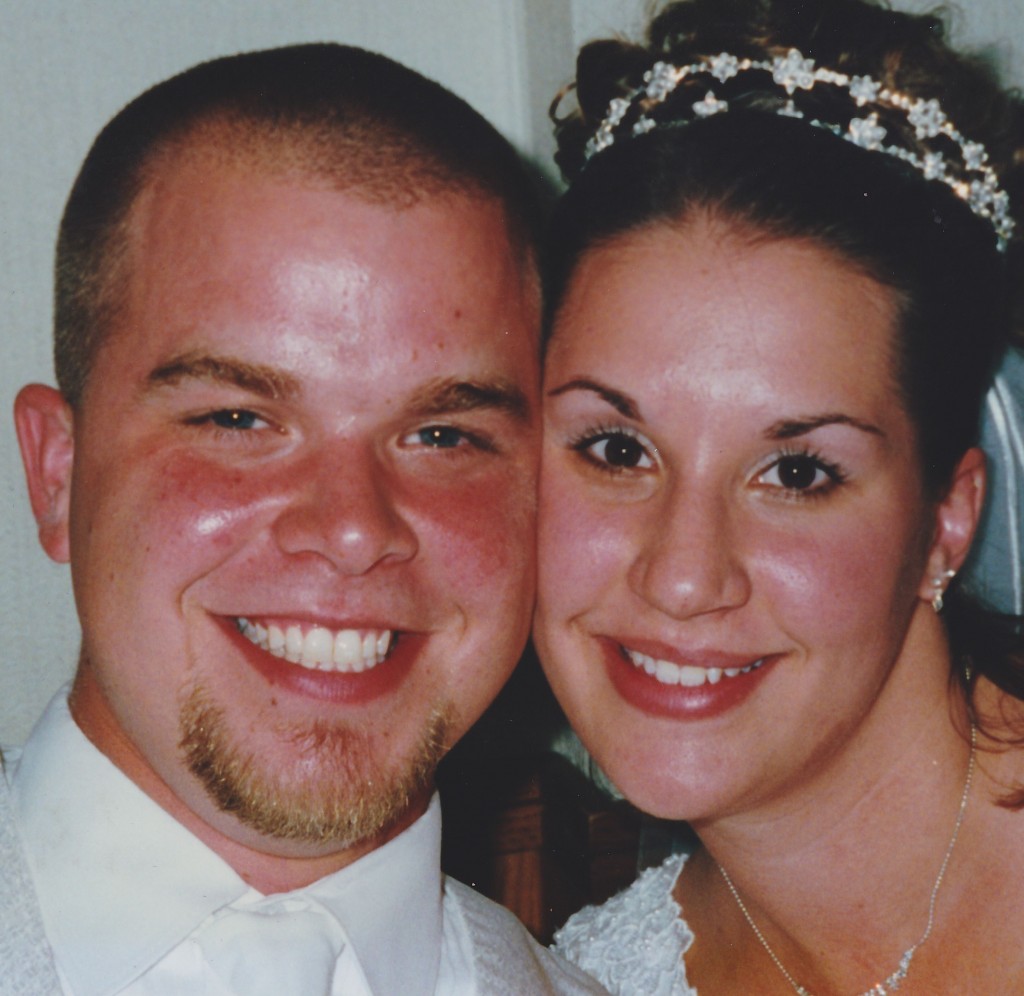 Jill Nicole (Ehrenberg) Parsons, age 39, of Appleton, Wisconsin, arrived in her heavenly home after her 7 year battle with cancer on Sunday September 17, 2017. Jill was born on August 9, 1978 in Neenah, Wisconsin, the first of two children born to Robert and Lori Ehrenberg. She was raised in Weyauwega, Wisconsin, attended St. Peter Lutheran Grade School, and enjoyed dancing, cheerleading, and reading.

She graduated from Fox Valley Lutheran High School in 1996 where she was Captain of the FVL Pom Squad and where she first met the love of her life, Chad Michael Parsons. The high school sweethearts were married at St. Peter Lutheran Church in Weyauwega on September 8, 2001.

In 2003, Chad and Jill experienced a tragedy during her first pregnancy with identical twin boys, Caden Michael and Cameron Robert, and the Lord decided to take the babies home to heaven. The couple was blessed with a baby girl, Savannah Joy on July 12, 2005 and another set of twins, Leah Elizabeth and Logan Michael on July 31, 2007. The family enjoyed playing games together, watching football, and spending quality time as a family.

Jill’s big, beautiful brown eyes could light up any room and she always had a smile on her face, faith in her heart, and she put others before herself. She lived life with so much passion, positivity, love, and grace. She was a big fan of the Green Bay Packers, country music, local group Boogie and the Yoyoz, and a lifetime fan of the boy band, New Kids on the Block.

Jill was an inspiration to all and a fighter until the end. She lived each day to her best, keeping faith in God and her spirits up as a wife, mother, daughter, friend, cheerleading coach, receptionist, and a volunteer at Riverview Lutheran School. There are no words to describe her strength, courage, and endurance during her fight against cancer.

Jill was preceded in death by her paternal grandparents: Lewis Ehrenberg and Joyce Ehrenberg Schneider; twin baby boys: Caden and Cameron; and her first dog, Max.

Jill’s family would like to thank all of the doctors and nurses at Vince Lombardi Cancer Center and the Hospice at Cherry Meadows. The last week of Jill’s life was a special time complete with a 16th Wedding Anniversary steak dinner from George’s, one last concert by Boogie and the Yoyoz, trips down memory lane, laughs and tears, hugs and kisses, hand holding, devotions, and visits from family and friends. She was surrounded by love throughout all her years and she will never be forgotten.

The Christian Funeral Service for Jill will be held at 12:00 Noon on Saturday, September 23, 2017 at RIVERVIEW EV. LUTHERAN CHURCH, 136 W. Seymour Street in Appleton, with Rev. Adam Bode officiating. Family and friends are invited to gather at the Wichmann Funeral Home, 537 N. Superior Street in Appleton, on Friday from 4:00 PM until 7:00 PM and again Saturday morning at the church from 9:00 AM until the time of the service.

Rather than send flowers, please consider a donation to the memorial funds which are being established for the continued Christian education of the children or for one of Jill’s favorite charities.

To order memorial trees or send flowers to the family in memory of Jill N. Parsons, please visit our flower store.