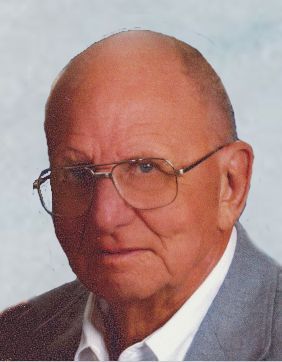 Jerry Mitchell, age 81 of Appleton, passed away Sunday, April 3, 2016 in a Florida hospital. Jerry was born in Appleton, Wisconsin on November 30, 1934, son of the late Lester and Florence (Van De Hey) Mitchell and spent most of his life in the Fox Valley area. He was a 1953 graduate of the Appleton High School and proudly served his country as a member of the United States Army from 1953 to 1955. He went on to receive a Bachelor of Science in Mechanical Engineering in 1959, and a Master of Science in Mechanical Engineering in 1976 – both from the University of Wisconsin – Madison. On June 20, 1959, Jerry married Ann Van Gompel at Sacred Heart Catholic Church in Sherwood. Most of his working career was spent at the Kimberly – Clark Corporation. Jerry retired in 1995 as a Senior Engineering Manager. Following his retirement, he and Ann divided their time between Wisconsin and Florida. He loved to play golf and cards, as well as traveling in his retirement years. He was a charter member of St. Thomas More Catholic Church in Appleton, was a Licensed Professional Engineer from 1963 until 2008, belonged to the VFW and American Legion, the Moose Lodge, and the B.P.O.E. In his younger years, the couple enjoyed bowling in the church league and Jerry always looked forward to deer hunting with his son, Michael. Jerry also loved going out to Ann Marie's house on Lake Winnebago and helping her with various chores. Visiting with his granddaughter and great-granddaughter was also a great joy for Jerry. While in Florida, Jerry was an active volunteer at Edison Community College as well as Fawcett Memorial Hospital.

A funeral service with full military honors for Jerry will be held at the Wichmann Funeral Home, Tri County Chapel, 1592 Oneida Street in Menasha on Saturday, April 9, 2016 at 11:00 AM. Fr. Gerald Falk will be officiating. Entombment will follow at St. Joseph Cemetery in Appleton. Family and friends are invited to gather at the funeral home on Saturday morning from 9:00 AM until the hour of the service. A memorial has been established in Jerry's name to benefit the Leukemia and Lymphoma Society.

For more information or to share a memory of Jerry, please visit www.wichmannfargo.com.

Jerry was a very loving man who was devoted to his wife, family, and friends. He was a great husband, father, and friend who will be sadly missed and fondly remembered by all whose lives he touched.

To order memorial trees or send flowers to the family in memory of Jerome L. Mitchell, please visit our flower store.