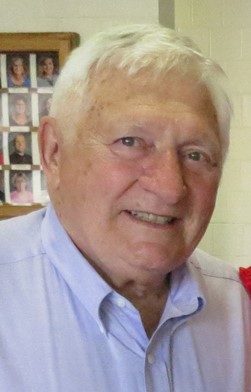 APPLETON – Jerome “Jerry” Kaczanowski, 87, passed away on Monday, February 21, 2022. He was born on June 22, 1934, in South Milwaukee to Walter and Mary Kaczanowski. Jerry served in the US Army from 1954 to 1956, spending part of his service guarding the Panama Cannel. He was united in marriage on November 24, 1956, to Barbara Jacob. Jerry and Barb moved from Milwaukee to Appleton in 1966 and raised two children, Peter and Joanne. Jerry was a licensed electrician, retired from WE Energies, and enjoyed 27 years of retirement. He loved spending time outdoors. Fishing, hunting, wood working, traveling, and Wisconsin sports kept him busy and entertained, and provided him plenty of “fish stories” to share.

Jerry is survived by his wife of 65 years, Barb, and children Peter (Cindy), and Joanne (Mark) Grishaber, two grandchildren, Tim and Daniel Kaczanowski, his sister-in-law Marilynn Jacob, and nieces and nephews.

Jerry was preceded in death by his parents, brothers Frank, Ervin, and Arnold, and brothers and sisters-in-law.

To order memorial trees or send flowers to the family in memory of Jerome "Jerry" Kaczanowski, please visit our flower store.