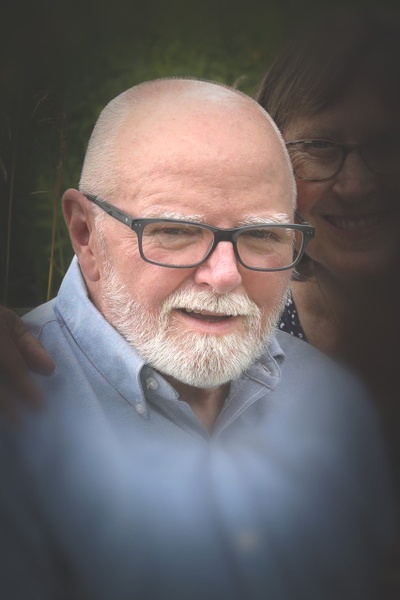 Jerome A. Wallenfang Jr., 72, passed away on Friday, May 27, 2022, with his family by his side, after a long battle with Parkinson’s. He was born on July 14, 1949, in Appleton, the son of Jerome and Dorothy (Kimball) Wallenfang. Jerome graduated from Appleton West High School, the Class of 1967 and went onto attend the University of Wisconsin, Madison, earning his Bachelor’s Degree in Pharmacy. Jerry was united in marriage to Margaret “Peggy” Van Hout on November 1, 1974, at First United Methodist Church, Appleton.  He owned and operated Consumer Prescription Center in Kaukauna. Jerry was a Town of Buchanan Board Member and former Chairman. He was a member of the Kaukauna Kiwanis Club, Fox Valley Mission, the National Wild Turkey Federation and Ducks Unlimited.

Jerome was an avid hunter, a beekeeper, classic car and Harley Davidson Motorcycle enthusiast. He loved traveling in the U.S. and abroad with family, on hunting trips, and motorcycle trips to Sturgis. Jerry enjoyed spending time on the farm in Dale. He loved spending time with his family more then anything else and will be remembered for the time spent with family and friends.

Jerome was preceded in death by his parents; a sister: Diane Randerson; and his father- and mother-in-law: Tony and Verna (Lambert) Van Hout.

Jerry’s family would like to extend a heartfelt thank you to the staff at Primrose Memory Care and Moments Hospice for their kindness, care, and compassion.

To order memorial trees or send flowers to the family in memory of Jerome "Jerry" Anton Wallenfang Jr., please visit our flower store.