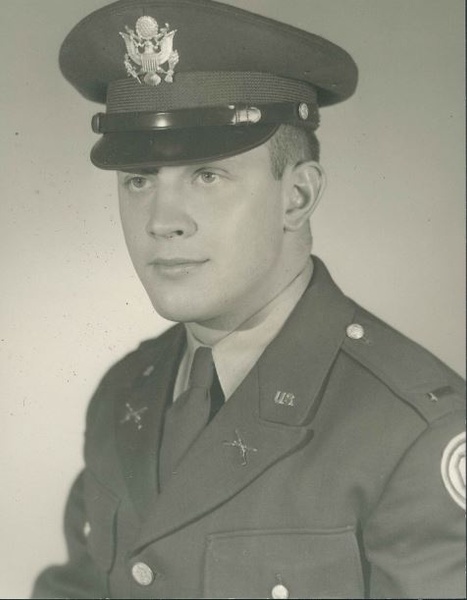 Jerry Cherney passed on Friday morning, November 10, 2017 at ThedaCare Regional Mecial Center in Appleton. Jerry was born on November 13, 1928 in Denmark, WI to Wencel and Anna Cherney. He was the second oldest of five children preceded by Adrian and followed by Clifford, Bernadine and Harold. He grew up on a dairy farm and always loved sharing stories with his family about life on the farm. He got his first cow he was responsible to milk at age five. He helped with all the farm chores: planting in the spring, harvesting in the summer and fall, baling hay, threshing wheat, mushroom hunting and strawberry picking, cutting wood in the winter and of course, the twice daily milkings.

Jerry attended a one-room schoolhouse, Lynch School, and later attended Denmark High School and Central Catholic (Green Bay). There he participated in many extra-curricular activities, including performing in school plays and boxing. His first love, though, was baseball.

After high school, Jerry went to St. Norbert College in De Pere where he majored in chemistry. He was in the ROTC and after graduation, entered the army as a first lieutenant. While in the army, he excelled in softball, eventually reaching the Army national tournament finals competing against a team managed by New York Yankee great, Billy Martin.

He got a job as a research chemist at American Can Corporation. This took him to Chicago, where he met his wife, Phyllis Brox. They were married on October 12, 1957.

Jerry accomplished much in his education and his career. He completed graduate work in chemistry at Northwestern University and earned an MBA at University of Wisconsin – Oshkosh. He had been at American Can for 47 years and developed six patents for inventions in the food packaging industry. He was promoted to pilot plant manager at American Can’s new offices in Neenah in the early 1990s and always remarked that he started really loving his job after moving into management. Jerry was loved and respected by his employees and was an excellent manager. This was his destiny as he managed his softball teams in the Army, American Can and then his daughter’s little league softball team for over 20 years.

Jerry loved his community and was active in his church, St. Pius X. He was a lector for over two decades. Along with his wife, Phyllis, he helped out at the fish boil every year at the church picnic, participated in afterschool care and the United for Reading Success program. He was also involved in the St. Joseph’s food pantry.

He loved being a dad. He attended all his children’s events, whether Vicki’s piano and flute concerts, Jeff’s baseball games, John’s tennis matches and Julie’s softball games. He said being a dad was “fun!”

In his retirement, he pursued many interests. He was an energetic participant of LIR (Learning in Retirement), participated in academic courses at Fox Valley Technical Institute, became an amateur naturalist and volunteered at Bubolz Nature Preserve leading children on tours of the preserve and teaching orienteering skills. He traveled extensively with Phyllis all over the U.S. including trips to Hawaii and Alaska. Both he and Phyllis loved the Cubs. Every year they stayed in Fountain Hills, AZ for the month of March to follow the Cubs’ spring training. They took the “trip of their lifetime” when he and Phyllis visited their daughter, Julie, in Sri Lanka where she was serving in the Peace Corps. There he meditated in Buddhist temples, ate local cuisine using his hands, rode an elephant and swam with sea turtles.

With his dry sense of humor, witty puns, play on words and easy-going nature, Jerry was loved by all. His curiosity and breadth of interests kept him engaged and interested in people and life.

The funeral liturgy for Jerry will be held at 11:30 AM on Saturday, November 18, 201 at St. Pius X Catholic Church, 500 W. Marquette Street in Appleton, with Fr. James Jugenheimer officiating. Family and friends are invited to gather at the funeral home on Friday from 4:00 PM until 7:00 PM at the Wichmann Funeral Home, 537 N. Superior Street in Appleton and again Saturday at the church from 10:00 AM until the time of services at the church.

Rather than sending flowers, the family has requested that contributions be made to a memorial fund that is being established in Jerry's name at St. Pius X Catholic Church.

To order memorial trees or send flowers to the family in memory of Jerome A. Cherney, please visit our flower store.