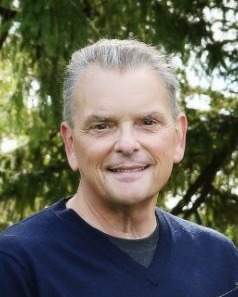 On September 2nd, 2022, the Lord welcomed His true and faithful servant, Jeffrey Albert Meier, home to Everlasting Paradise after a brave and courageous battle with cancer.  A 15-time marathon runner, Jeffrey, surrounded by his loving wife and children, crossed the finish line of his life’s journey at the age of 73.

Throughout his journey, Jeff lived life to the fullest, enjoying many hobbies and interests.  Endurance running was Jeff’s signature passion, completing 15 marathons. Jeff adored the Indianapolis 500, Elkhart Lake/Road America, and the whole IndyCar racing circuit as much as running. Over the years he attended many Indy 500s, often with family, and he was never more joyful than on those special Indy 500 days in May.

Cheering for the Green Bay Packers, through thick and thin, was an autumn ritual for Jeff, and the family. Sunday Packers parties he hosted were epic get-togethers. He even tried his hand at fantasy football later in life and always took the losses he racked up with great humor and cheer. He also had a lifelong love of music, golf, reading, good wines, an impressive knowledge of history, literature, current events, and a habit for reciting trivia that we all enjoyed hearing and will greatly miss.

Jeff spent 42 years as an educator in the Marketing Department at Fox Valley Technical College.  Former colleagues would say Jeff was an innovator, a tireless developer of rigorous and relevant curriculum that always stayed on-trend with current business practices.  He also lent his expertise as a private consultant to local businesses. He was a passionate teacher, creative thinker, brilliant writer, excellent public speaker, and true supporter and advocate for all students.  Jeff couldn't go into a grocery store without running into colleagues and students who greeted him with hugs and ended their conversations with ‘thank you’. He left an unforgettable imprint on everyone who crossed his path.

Jeff’s doctor, Dr. George, once told him: “you innately bring out the goodness in other people”.  And this statement couldn’t be more true.  Throughout his lifetime, Jeff was unwavering in his faith to God and the Church.  An altar boy and graduate of St. Mary’s High School in Menasha, Jeff was a devout Catholic and practiced the Church’s teachings on a daily basis.  He never had an unkind thing to say about anyone, and always treated every person he met with unconditional positive regard.  Jeff was uniquely gifted in small talk, had a recognizable, contagious laugh, an amazing sense of humor, and deep love for his family.  Papa cherished his grandchildren more than anything.  Their love and awe for him was everything.  His legendary squirt gun battles, water balloon fights, late-night sleepovers (complete with ‘Papa’s pancakes’), and his larger-than-life personality will never be replaced.

Jeff’s kids were truly born under the right stars.  He was a husband and father who catered to and doted upon his wife and children, offering them a lifetime of unconditional love and acceptance. He was a man of sacrifice, always thinking of others first, himself last.  Jeff loved Christmas with a twinkle-eyed, childlike wonder that brought tears to all who knew this ‘holiday guy.’ He spared no expense in delivering his family a “Christmas Magic” of generosity and ‘riches’ each year. His legendary Christmas music playlists, the silly pajamas, his Santa-hatted gift distribution, the ‘Clark Griswold’ quotations, his homemade chocolate. The best way to sum up his time here on Earth is simply this:  Jeff brought joy!

Jeff would undoubtedly want these amazing people thanked for all they did for him and his care:  Froedtert Hospital and Dr. Ben George; Mayo Clinic-Rochester and Dr. Amit Mahipal and Leslie Washburn, PA, and Dr. Christopher Hallemeier; Thedacare Cancer Center and Dr. Xin Yao; Fox Valley Surgical Associates and Dr. Charles Cheng; and retired physician and friend, Dr. Jack Anderson.  Special thanks to Jeff’s daughter, Martha.  She devoted the last two years advocating for her father’s care, and was a constant companion and comfort to Mom throughout his entire cancer journey.

Jeff was preceded by his parents Roman and Alice Meier, and his infant brother James, Jeff’s lifelong inspiration to do the most he could with the time God provided him. He was also preceded by his father- and mother-in-law: Edward and Joan “Toots”; two very special people to Jeff.

Funeral Liturgy will be at 11:00 am, on Thursday, September 8, 2022, at St. Edward Catholic Church, N2926 State HWY 47, Mackville. Visitation will be on Wednesday, from 4:00 to 7:00 pm, with a prayer service at 7:00 pm, at the Wichmann Funeral Home, 537 N. Superior St., Appleton, and again on Thursday at the church from 10:00 am until the time of the Mass. Interment will be in St. Joseph Cemetery, Appleton. Memorial contributions are appreciated to St. Edward Catholic Church, Mackville.

Dad had a fond love of Dr. George Sheehan, author of many books about running.  His biography titled “Did I Win?” was one of dad’s favorite books.  Towards the end of his life, dad would ask his family: “did I win”?  And simply put, yes, he did.  He won as a son, a brother, a Christ follower, a husband, a father, a friend, a teacher, a papa, and a brave fighter until the end.  Dad, you won it all.    You have completed the race of your life and now you're home.  Now it’s time to rest and enjoy your victory.

To order memorial trees or send flowers to the family in memory of Jeffrey Albert Meier, please visit our flower store.

St. Edward the Confessor​ of Mackville

St. Edward the Confessor​ of Mackville