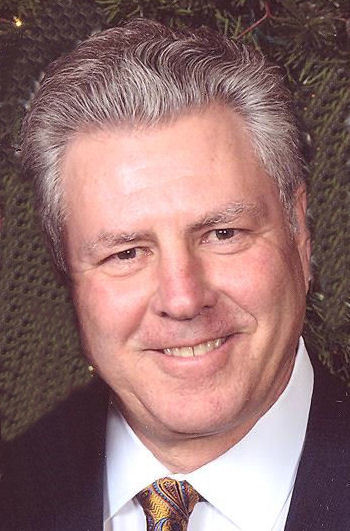 Jeffrey E. Lammers, 63, passed away Sunday, September 25, 2016 after a short and hard fight with cancer at Cherry Meadows Hospice in Appleton, Wisconsin. He was born in Milwaukee, Wisconsin on October 12, 1952, to William and Joanne (Laack) Lammers. Jeff graduated from Plymouth High School in 1970 and Lakeland University in 1974. While attending School, he became Credit Manager for Sargento Cheese Company where he found his passion – Business. From there he transferred to Duralam, Inc. in Appleton where he oversaw the Accounting Department. After an acquisition in 2001 by Bemis Company, Inc., he found great fulfillment developing strategic plans and successfully leading his Global Procurement Team.

Although his life ended sooner than expected, Jeff had a gift of living each day to its fullest. He was a level-headed, kind, and practical man who had a large impact on many people's lives, both in business and in his personal life. In his free time he was happy boating with his family on Lake Michigan during the summer months and downhill skiing with friends in the winter.

Jeff will be greatly missed by his wife: Susan; his children: Julia, Michael, and Anna; his parents: Bill and Joanne Lammers; a brother: Bruce (Isabel) Lammers; his mother-in-law: Nancy (Luke) LeBoeuf; and brothers-in-law: David Zanon and Christopher (Karen) Zanon. He was preceded in death by his father-in-law: Anthony Zanon.

A memorial service for Jeff will be held at 11:00 AM on Friday, September 30, 2016 at FIRST CONGREGATIONAL UNITED CHURCH OF CHRIST, 724 E. South River Street, Appleton, with Rev. Dr. Steve Savides officiating. There will be a time of visitation at the Wichmann Funeral Home Tri County Chapel, 1592 Oneida Street in Menasha on Thursday from 4:00 PM until 7:00 PM and again at the church on Friday morning from 9:00 AM until the time of service.

In lieu of flowers, a memorial fund is being established in Jeff's name at Homeless Connections.

To order memorial trees or send flowers to the family in memory of Jeffrey E. Lammers, please visit our flower store.