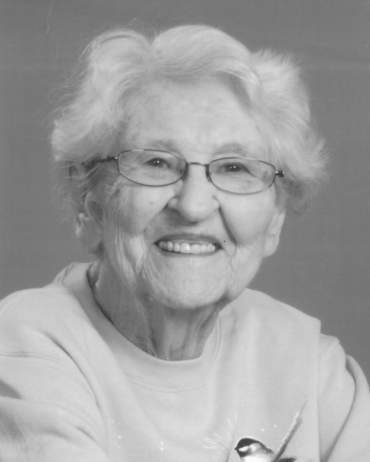 Jeanette Caroline Tobler (Reed) was born December 25, 1919 in Glenview, Illinois and passed away October 8, 2022 at 102 years old.  She was the daughter of Ira and Myrtle (Fritsch) Reed.  Jeanette was raised on a farm near Huntley, Illinois.  Following her education, she was united in marriage to John Tobler Jr, the son of Swiss immigrants, on January 25, 1940.

Jeanette was preceded in death by 2 infant sons; her husband, John Jr. (1983); her sister, Gertrude; her brother, Ken; and her twin brother, Russell.

After the passing of her husband, Jeanette moved to Appleton, WI in 1985.  She immersed herself in the community through volunteering at the Community Clothes Closet and the kitchen of First United Methodist Church.  Family was especially important to Jeanette.   She was always very proud of her children, grandchildren, and great-grandchildren.  Over her long life, Jeanette saw the world and had been to all 50 US states and 6 continents.

A memorial service will take place in June of 2023.  In lieu of flowers, memorials can be made to the First United Methodist Church, the Community Clothes Closet, or Hearthside Assisted Living in Sister Bay.

The family appreciates the help from Unity Hospice Care.  The family wishes to thank Hearthside Assisted Living and Martha, Kathy, Missy, and William for their wonderful, kind care of Jeanette since 2019.

To order memorial trees or send flowers to the family in memory of Jeanette C. Tobler, please visit our flower store.