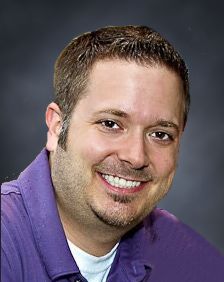 Jason Patrick Pietsch lost his battle with colon cancer in Appleton, Wisconsin on Sunday February 11, 2018 at the young age of 40. Jason was born in Green Bay, on April 27, 1977 to his loving parents Jon and Judith Pietsch. Jason was raised in Denmark, Wisconsin, and graduated from Denmark High School in 1995. He later moved to Kaukauna and began working at Humana as an Application Consultant.

Jason married Michaela (Jensen) on October 7, 2011. Their marriage was filled with love, patience, courage, strength and endurance. Jason was a true family man and loved his wife and step-son Aidan very much. He was the guy who had to have the “best of the best” and he had that with his family. He had a love for speed skating, DJ-ing, RC car racing, street racing, flying his drone, and all things “tech”. Jason was a kind, genuine, dedicated, funny, courageous and inspirational man, who left a lasting impression on everyone he crossed paths with. He will be missed by many.

We would like to thank the staff at Fox Valley Hematology and Oncology and the nurses at Appleton Medical Center for taking such good care of Jason.

The Funeral Liturgy for Jason will be held at 2:00 PM on Friday, February 16, 2018 at St. Bernard Catholic Church, 1617 W. Pine Street in Appleton, with Fr. Bill Swichtenberg officiating. Family and friends are invited to gather at the church on Friday morning from 11:00 AM until the time of the service.

In lieu of flowers, a memorial fund is being established for one of Jason's favorite charities, Rock for Wishes.

To order memorial trees or send flowers to the family in memory of Jason P. Pietsch, please visit our flower store.