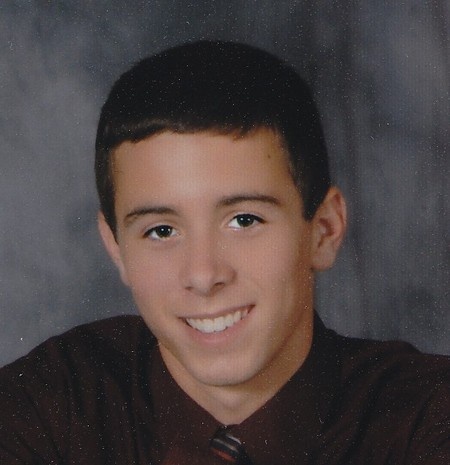 Jason D. Wolf, age 18, of Darboy, passed away unexpectedly on Wednesday, May 8, 2013, at Theda Clark Medical Center. Jason was born on June 11, 1994, in Appleton, to Daniel and Susan Wolf. Jason was a 2012 graduate of Kimberly High School and was currently attending the University of Wisconsin—Fox Valley. He was an active athlete at Kimberly High School, participating in wrestling, cross-country, soccer and track. Jason was also an Eagle Scout, an active member of Combined Locks Boy Scouts of America—Troop 41. He was a member of the Outagamie County Conservation Club, loved fishing, deer, goose, and turkey hunting. Jason was an avid snowmobiler, four-wheeler and motorcycle enthusiast. Jason especially enjoyed the time spent with his labs, KC, GG and Gunner. He was well known for his desire to help others, notably as a peer leader with Catholic Heart Work Camp. Survivors include his father, Daniel Wolf, Appleton; his mother Susan Wolf (special friend, Pat Foth), Darboy; his sister, Jessica Wolf, Darboy; his girlfriend, Andrea O'Bright, Kaukauna; his maternal grandfather, Peter Rabideau, Kaukauna; his paternal grandparents, Gene and Bonnie Wolf, Two Rivers; his uncles, David (Carrie) Wolf and Douglas (Kim) Wolf; and his aunt, Dori (Leo) Plansky, all of Two Rivers. Jason is further survived by many other relatives, classmates and close friends. He was preceded in death by his grandmother, Patricia Rabideau; his aunt, Deb Rabideau; and his maternal and paternal great grandparents.

The Funeral Liturgy will be at NOON on Tuesday, May 14, 2013, at HOLY SPIRIT/HOLY NAME CATHOLIC CHURCH, 600 East Kimberly Avenue, Kimberly, with Fr. David Beaudry officiating. Friends may call at the Jansen Fargo Funeral Home, 204 E. Kimberly Avenue, Kimberly, on Monday from 3:00 p.m. to 8:00 p.m. with a Parish Vigil Service at 7:30 p.m. Friends may also call at the church on Tuesday from 10:00 a.m. until the time of services. In lieu of flowers, a memorial has been established in his name.

To order memorial trees or send flowers to the family in memory of Jason Daniel Wolf, please visit our flower store.