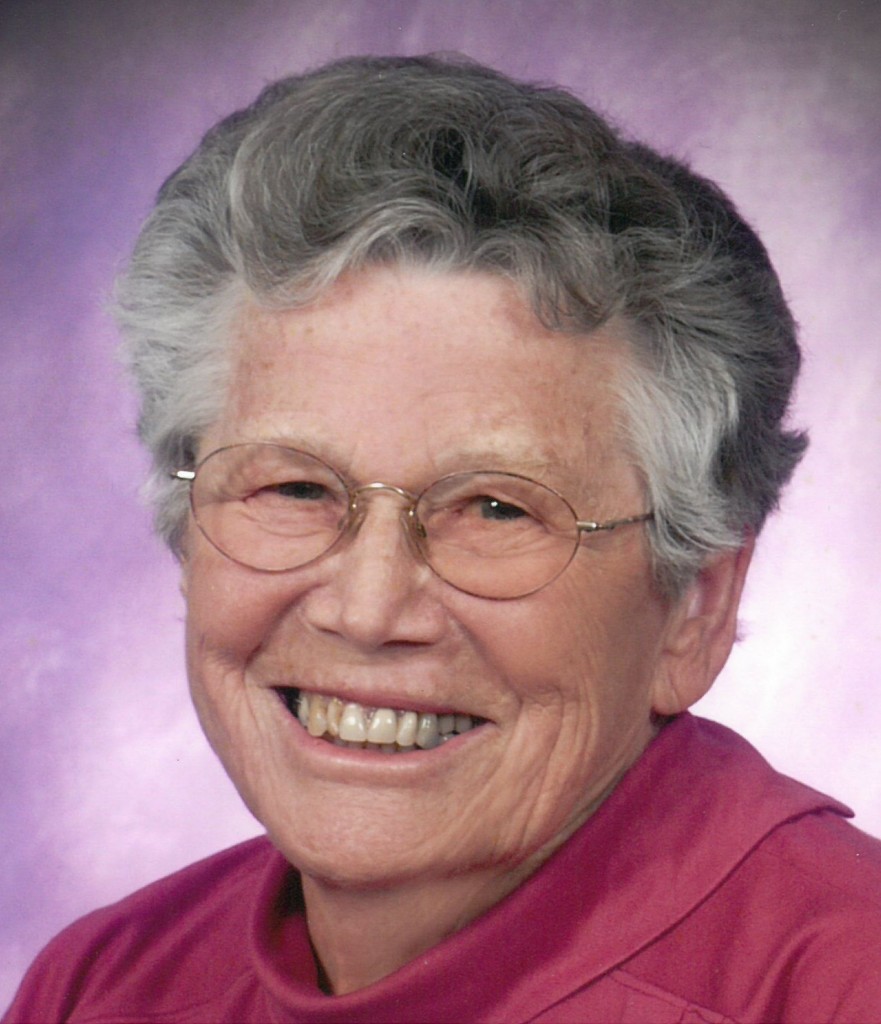 Jane was born in Appleton on February 1, 1920, daughter of the late Julius and Catherine (Janssen) Robertson. Due to the untimely death of her father, Jane was forced to interrupt her education, seek employment, and help the family income. During World War II, she met her future husband, Elmer Ruth. The couple married in 1943, and were blessed with a son, Bill, who passed in 2004. In her younger years, Jane was employed by Zwicker Knitting Mills, but most will remember her as an extremely talented seamstress.

She made clothing of all kinds, dresses, suits, and everyday wear for her family and friends. Many of those clothing items still exist to this day. She was an energetic and vibrant woman who drove past the age of 90, and was also a frequent visitor to the YMCA well into her 90’s as well. Jane had an artistic side, and loved to learn new things. Once she made her mind up to do something, well, it was as good as done. In addition to her outstanding sewing skills, she also learned to crochet, cane chairs, rosemaling, origami, and other forms of paper art. Some of those pieces were lovely enough to be framed.

Jane is survived by a grandson: Erin (Emily) Ruth of Sun Prairie and their daughter Norah; a daughter-in-law: Becky Ruth of Appleton, as well as several nieces and nephews and their families. She was preceded in death by her parents, her son Bill in 2004, her husband Elmer in 2009, and her brother and sisters: Maurice, Mildred, Delores, Mary, June, and Myrtle.

A memorial service for Jane will be held at 1:00 PM on Friday, May 25, 2018 at the Wichmann Funeral Home, 537 N. Superior Street in Appleton. Rev. David Farina from First United Methodist Church will officiate, and interment will follow at Highland Memorial Park. Family and friends are invited to gather at the funeral home on Friday, May 25, from 12:00 Noon until the hour of the services.

To order memorial trees or send flowers to the family in memory of Jane M. Ruth, please visit our flower store.