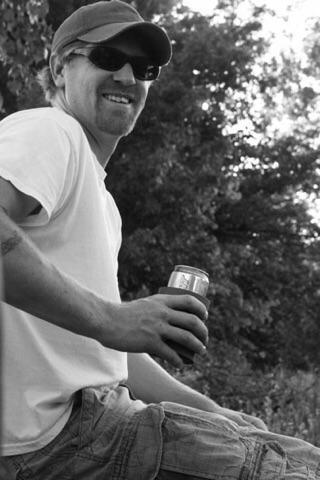 Jamie Thurber, age 38, passed away at his home on Monday, May 29, 2017. He was born on May 26, 1979, in Neenah, to Bob and Sandy (Liebhauser) Thurber. Jamie was a loving husband, father, son, and brother. Jamie was employed at North Central Construction Company. Jamie was well-known for his love of hunting and fishing. He also enjoyed repairing classic cars and trucks, and was restoring his 1970 Ford truck.

Survivors include his wife, Shawn, and his three children: Connor, Hazel and Clayton; his parents Bob and Sandy Thurber; his brothers, Jason (Melanie) Thurber and Jeffrey (Kaylyn) Thurber; his mother-in-law, Barbara McKinnon; and his sisters-in-law, Michelle (Dan) Wichman and Carrie (Duane) Kortman. He is further survived by many aunts and uncle, nieces and nephews, other relatives and friends. He was preceded in death by his uncles, Donald J. Thurber and John Thurber, his aunt Betty Stanton, and his father-in-law, David McKinnon.

Funeral services for Jamie will be at 11:00 a.m. on Monday, June 5, 2017, at the WICHMANN FUNERAL HOME, 537 N. Superior Street, Appleton. There will be a visitation on Monday from 9:30 a.m. until the time of services. Casual attire is encouraged. Interment will be in Clayton Cemetery. The family would like to thank Dr. Timothy Goggins and his staff for their loving care. In lieu of flowers, a memorial has been established to benefit his children's Education Fund. Online condolences may be offered at www.wichmannfargo.com

To order memorial trees or send flowers to the family in memory of Jamie Thurber, please visit our flower store.