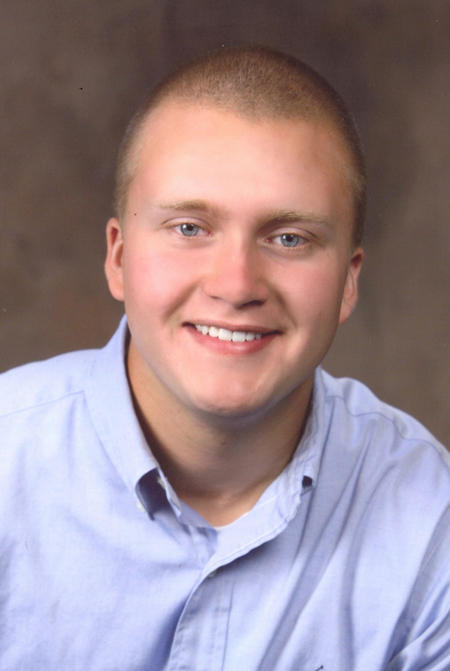 Jamie Muoio, age 19, passed away unexpectedly on Tuesday, May 28, at his home in Appleton. Jamie was born on April 30, 1994 to Michael Muoio and Susan Riddell. Jamie attended Janet Berry elementary school, James Madison Middle School, graduated from Appleton East High School in 2012, and was a student at UW Fox and was perusing a career in medicine with an emphasis in pharmacology. While Jamie attended Appleton East, he was an active participant in DECA and was on the golf team.

Jamie, in his very early years, enjoyed playing soccer and baseball but as life progressed golf, running, and most importantly, freestyle skiing began to consume his life. He always had a “passion for fashion” on the slopes but not so much while at ground level. Not only was he an avid skier, but he also knew how to work the system in regards to getting the most out of his ski warranty. It seemed like he had a new pair of skis (which he never paid for) every 2 weeks! Jamie began his obsession with skiing at Mont Tremblant, Quebec where he learned to ski and shortly thereafter was much better than his big brother ever was or ever could be. Jamie, wanting to advance his ability further attended several ski camps including Camp of Champions in Whistler and Windell's at Mount Hood, learning many new tricks and perfecting old ones while making life long friends along the way.

Jamie was also a dedicated Call of Duty player, and enjoyed playing late into the night with his friends online. He loved to watch South Park, Top Gear and Parks and Recreation, and often quoted Ron Swanson in everyday conversation with lines such as: “there is one thing I hate more than lying: skim milk, which is water that is lying about being milk.”

Jamie loved fine cuisine, and always enjoyed the Boursin Steak at North Shore Country Club. For dessert, he would almost always have chocolate ice cream. His favorite restaurant was Il Angolo in Appleton but would not shy away from Koreana or Carmella's should the opportunity present itself and of course, if someone else was paying!

Jamie was a generous young man, and volunteered at The First English Resale Shop. Jamie cared deeply for his family and friends. Jamie and his mother Sue shared a special offbeat sense of humor. He was also an animal lover, and always enjoyed the company of his loyal dog, Duke. Jamie loved spending time at Lake McDonald in Quebec, Canada and would look most forward to playing Le Diable one of the premiere golf courses in the area with his big brother Mikey, hitting golf balls into the lake, and spending quality time with his grandparents.

Jamie was preceded in death by his paternal grandparents: Earl and Doris Muoio; and his Aunt, Barbara Lawrence

A memorial service will take place at North Shore Country Club at 1:00PM on Sunday, June 2, 2013, with Pastor Brian Schmidt officiating. Following the memorial service, a gathering with food and beverage will be held for friends and family at North Shore Country Club until 5:00 PM. In lieu of flowers, a memorial fund is being established in his name. Online condolences may be offered at www.wichmannfargo.com.

To order memorial trees or send flowers to the family in memory of Jamie Muoio, please visit our flower store.