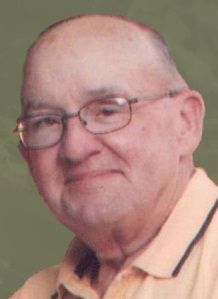 James Keith Warrick, age 68, passed away on Monday, December 3, 2012, at home with his family by his side. He was born on August 3, 1944, in Scottdale, PA; the son of the late Charles and Louise (Sherrick) Warrick. On July 15, 1967, he was united in marriage to Jean Jaram in Mount Pleasant, PA. Jim's career, in the envelope industry, had their family move in 1976 to Illinois and in 1980 to the Appleton area. He finished his career as a supervisor at Valley Packaging. After Jim retired he and his grandson, Austin, created a lawn mowing business. Jim was an avid landscaper, loved gardening and working with his John Deere tractor. In his pastime, Jim also restored classic cars. Jim and Jean were members at Appleton Alliance Church, where they were active in the church group Second Half. In November 2011, they were blessed to go on a pilgrimage with an AAC group to Israel.

Funeral service for Jim will be held at 11:00 a.m. Friday, December 7, 2012, at Appleton Alliance Church, 2693 West Grand Chute Blvd, with Rev. Dick Schaefer officiating. Friends and family may visit at the church from 9:00 a.m. until the time of service.
Online condolences may be expressed at www.wichmannfargo.com

The family would like to thank Rev. Dennis Episcopo and all the pastoral staff at Appleton Alliance Church for their prayer and support. We would like to thank Dan Ludwikowski (caregiver), the staffs at Affinity Hospice, 4th Floor West Oncology at St Elizabeth Hospital, Dr. Timothy Goggins at St. Elizabeth Hospital and Dr. Parameswaran Hari at Froedtert for all their care, comfort and support that was given our family. Your kindness will never be forgotten.

To order memorial trees or send flowers to the family in memory of James Warrick, please visit our flower store.