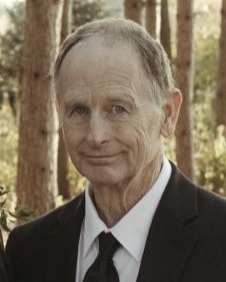 James Gerard Wagner, age 69, passed away on December 11, 2022, after a brief illness. Jim was born on February 15, 1953, in Appleton, son of the late Robert Wagner and Arlene Gorchals (Quella).  He graduated from Appleton East High School in 1971. After high School, Jim started his career at Riverside Paper.  Jim then proudly worked in the fitness industry before becoming the general manager of a contract cleaning company. Two of his proudest achievements were being a gymnastics state champion in high school and earning his 1st Degree Blackbelt in Tae Kwon Do at the age of 53. He was also blessed to be a stay-at-home dad for his two youngest children.  Jim met Karen Prast at a health club. A year later, the two wed on June 29, 1991, in Karen’s hometown of Redford Township, Michigan.

Besides working to stay fit, Jim put all his time and energy into his family.  He had a way of making each of his children feel loved and special.  Regardless of their ages, he always wanted to play with the kids.  In fact, his children were a major inspiration for him to heal after several health setbacks. The love he had for his children did not overshadow the love he had for Karen.  The two were inseparable and devoted to each other.  Together, Karen and Jim made a warm and inviting home for their family and friends.

Jim will be missed by his wife of 31 years: Karen Wagner; children: Jason (Natalia) Wagner, Sarah (Robbie) Robertson, James Wagner, and Kaitlyn (Alec) Rajala; grandchildren: Jordan, Lydia, Atticus, Ruby, Lilith, and Theo; and siblings: Dan (Linda) Wagner, Tom (Vicki) Wagner, and Steve (Jeff Scholz) Gorchals; Jim is further survived by many other relatives and friends.  He was preceded in death by his parents.

The funeral service for Jim will be held at 11:00 am on Friday, December 16, 2022, at the Wichmann Funeral Home Downtown, 537 N Superior St, Appleton.  Visitation will be held from 9:00 am until the time of service.

To order memorial trees or send flowers to the family in memory of James "Jim" Wagner, please visit our flower store.