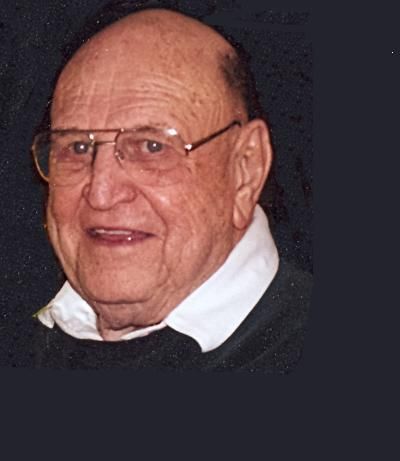 Jim Toonen, age 86, of Kaukauna, passed away at Cherry Meadows Hospice on Saturday, December 8, 2012, with his family at his side, following a short battle with cancer. Jim was born in Appleton on December 20, 1925, son of the late Raymond and Crescentia (Ciske) Toonen. He attended the Kaukauna High School where he played football and was a member of the photography club. During World War II, he was a member of the United States Army, and served as an Infantryman based in Italy and was currently a member of the Jacob Coppus Post #258 of the American Legion. For many years, Jim worked as a traveling regional sales representative for Weinbrenner Shoe Company, and later operated The Shoe Rack shoe store with a business partner. In later life, he enjoyed working at the Outagamie Regional Airport in airport security. He also volunteered his time at the St. Vincent DePaul store in Kaukauna, and was the Bank of Kaukauna's “Santa” for many years.

Jim was a true gentleman. Everyone will remember him as being respectful and considerate of those around him. He was a man of calm demeanor, but also of strong reserve. He was intelligent, polite, generous, and sincere. Everyone also found him to be witty, fun-loving, and charming. He loved to fish, hunt, play cards, collect coins with his grandchildren, and spend time with family and friends.

The funeral liturgy for Jim will be held at 11:00 AM on Thursday, December 13, 2012 at Holy Cross Catholic Church, 309 Desnoyer Street in Kaukauna, with Fr. Tom Pomeroy officiating. Full military honors will follow the mass and burial will take place at Holy Cross Cemetery. Friends may call at the funeral home on Wednesday night from 4:00 PM until the prayer service at 7:00 PM and again at the church on Thursday morning from 10:00 AM until the time of the mass. Online condolences may be offered at www.wichmannfargo.com.

The family would like to thank the staff at Kindred Hearts, ThedaCare at Home Hospice, and Cherry Meadows for their support and care of Jim. Also, a special thank you to Ruth Nauman, Kathy Hetu, and Tom Roberts for your special friendship to Jim over the years.

To order memorial trees or send flowers to the family in memory of James R. Toonen, please visit our flower store.