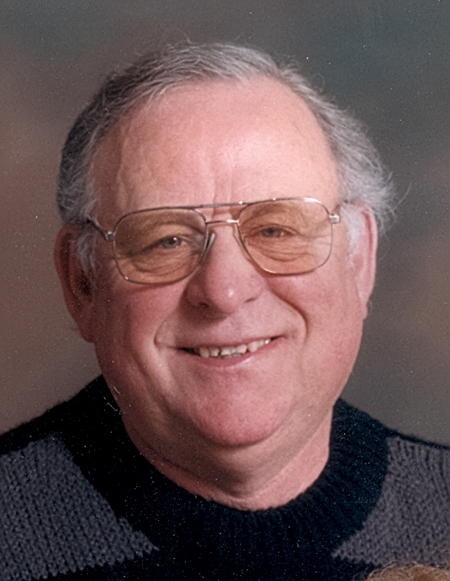 Jim Haber, age 72, of Kimberly, passed away after a year long courageous battle with pancreatic cancer, on Tuesday, July 12, 2011 at Appleton Medical Center with his family at his side. He was born on September 16, 1938 in Neenah, the son of the late Leo and Ruth (Peterson) Haber. On September 24, 1957 he married Darlene Hietpas at Holy Name Catholic Church in Kimberly. Jim was employed at Van Vreedes TV & Appliance from 1957 to 1975 and retired from the Kimberly School District in 1997. He enjoyed woodworking, hunting and fishing. Jim spent an enormous amount of time in his woodworking shop and on his land. His family meant the world to him and he loved spending time with his grandchildren and attending their activities.

The memorial service for Jim will be held at 6:00 pm on Friday, July 15, 2011 at JANSEN FARGO FUNERAL HOME with Jeannie Levknecht officiating. Inurnment will take place at Holy Name Catholic Cemetery. The family will receive relatives and friends at the funeral home on Friday from 4:00 pm until the time of service. In lieu of flowers, a memorial fund has been established in his name.

A special thank you to Dr. Laurin Bellg and the Oncology Department at Appleton Medical Center and Dr. Timothy Goggins and the staff at Fox Valley Hematology and Oncology at St. Elizabeth Hospital.

To order memorial trees or send flowers to the family in memory of James P. "Jim" Haber, please visit our flower store.