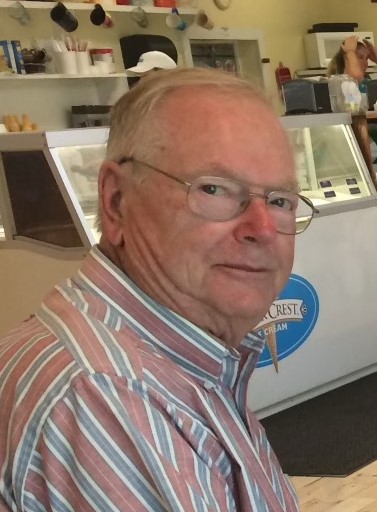 James Loren Zoelk, age 81, of Darboy, passed away peacefully at his home, on February 26, 2022, with his family by his side, from pancreatic cancer. He had also struggled for many years with diabetes and neuropathy. He was born on April 25, 1940, in Appleton, son of the late Clarence and Ruth (Piette) Zoelk.

He graduated from Appleton High School, Class of 1958. On October 21, 1961, he married Sally Schultz at St. Therese Catholic Church in Appleton. Jim was the owner and operator of Jim’s Standard Service Station in Kimberly. He attended the UW Fox Valley and was employed by Thilmany Pulp and Paper in Billing and Traffic Department. Later he worked for Coldwell Banker until his retirement.

He was preceded in death by his parents, his brother Tom, nephew Todd and brother-in-law Cliff Schultz.

Jim was an avid boater, bowler, and golfer. He also enjoyed stock car racing, and especially his boating trips on the Mississippi River. Jim also enjoyed his children and grandchildren and vacationing on Round Lake in Waupaca.

Jim’s memories will remain in our hearts. Per Jim’s wishes the family will celebrate his life privately. For more information and to express condolences, please visit www.wichmannfuneralhomes.com.

The family would like to thank Tina Keller for her Sunday visits.

To order memorial trees or send flowers to the family in memory of James L. "Jim" Zoelk, please visit our flower store.