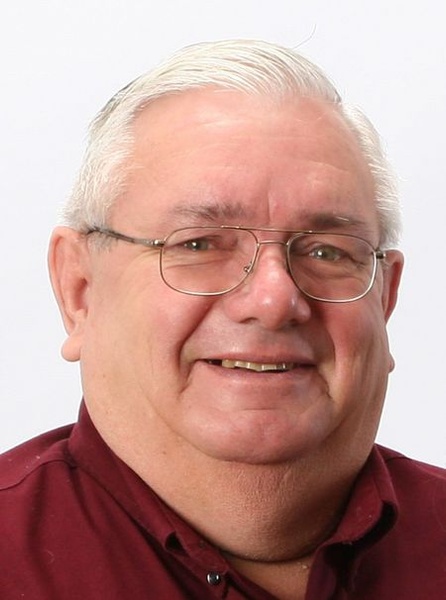 Jim was born on April 24, 1947 to Elmer G. and Ethel (Hoffman) Coon in Appleton. On April 20, 1968 he was united in marriage to Jean Smudde at St. Thomas More Catholic Church. Jim worked at Sysco Foods for many years and was currently president of TFM Promotions, Ltd. and Tournament Director of the Midwest Walleye Series and other fishing events. Jim was an avid fisherman and hunter, but his greatest joy came from being Grandpa and spending as much time as possible with his grandchildren. The time he spent with his family was always special and those times will always be treasured.

Jim was a member of St. Thomas More Catholic Church, lifetime member of Walleyes for Tomorrow, Fox Valley and Central Wisconsin Chapters and a member of Whitetails Unlimited. He was also a volunteer at church and several other organizations.

Jim is survived by his wife of 45 years, Jean, and their three children; Jenny (Robert) Massey, of Kimberly, Jackie (Adam) Piette, of the Town of Buchanan, and John Coon, of Grand Chute. He was also a loving and devoted grandfather of four grandchildren; Lindsey and Abby Massey, Ella and Natalie Piette. He is further survived by four siblings; Tom (Kathy) Coon of Appleton, Ted Coon of Appleton, Vicki (Ken) Kroiss of Kaukauna, and Diny (Jeff) Heindel of Kaukauna, his brothers-in-law and sisters-in-law; Leo Smudde, Tom (Marilyn) Smudde, Dan (Bonnie) Smudde, Rose Mary Francis (Norman Texeira) and Anne Springer, a special friend and business partner, Raymond (Shelly) Harris, nieces, nephews, other relatives and many friends.

Jim was preceded in death by his parents, his mother-in-law and father-in-law Leo G. and Ellen Smudde, a sister-in-law Debbie Coon, and brothers-in-law Robert Francis and James Springer.

A memorial fund has been established in Jim's name. The family would like to extend their sincere thanks to Fr. Falk and all of those who have prayed for Jim and the family during this difficult time. Online condolences may be expressed at www.wichmannfargo.com.

To order memorial trees or send flowers to the family in memory of James L. Coon, please visit our flower store.