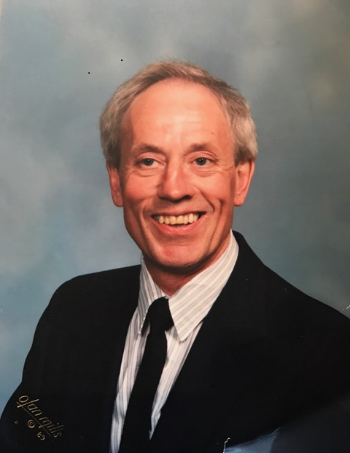 James J Viotto, Sr., of Little Chute, Wisconsin, went home to be with his savior and Lord Jesus Christ on April 4th, 2017, shortly after celebrating his 80th birthday, surrounded by family and friends. Jim was born April 1, 1937 to Joseph and Ethel (Lickert) Viotto and graduated from St. Mary's high school in 1956. That same year, James and his brother Gene joined the Army, where he spent 3 years serving our country in Germany and California. In 1965, James met the love of his life Shirley (Humblet) and they were married October 15, 1966. Together they raised 6 children; Mark (Jackie) of Alaska, Jane Hauser (Tony) of Florida, Rick (Dianne) of Alaska, James Jr. of Appleton, Mike (Nikki) of Green Bay, and Greg (Nate) of Kimberly. He is further survived by his siblings, Gene (Charlene), Beannie (Gary) Malchow, Leanne Schreiner, Shirley (Rich) Syring, Joe (Cheri), Sue (John) Fink, Bethie (Joe) Megna, and Gene Paalman. He is further survived by his spouse's family; William (Peggy) Muskevitsch, Beverly (Dennis) Plaster, Debbie Muskevitsch, Jean Humblet, and by 17 grandchildren and 4 great grandchildren.
In 1972, Jim and his brother Gene founded Tri – City Auto Sales, a car dealership in Menasha. He worked there up until 2016, when he finally decided it was time to retire. Jim was a very hard working man and always did everything to the best of his ability – a trait he passed on to all of his children. Jim was very strong in his faith; after he accepted Jesus into his life, he joined Cornerstone Church in Menasha (formerly Evangel), where he was a member for over 30 years.
Jim was an avid, year-round outdoorsman. In November, you'd find him in Tomahawk hunting with his best friend Jim Greil. In February, you'd catch him in Canada fishing on White Fish Lake. No matter the weather, he was always planted on his ice bucket determined to catch the fish, which he always was able to do even when no one else could. Once summer arrived, Jim would be on his way to the lakes of St. Joseph determined to catch the monster northern and walleyes. In later years, he was able to purchase one of the cottages owned by his parents on Lake Shawano and spent many memorable summers fishing the lake, just like his dad before him.
Jim was preceded in death by his parents Joseph and Ethel, mother-in-law Esther Muskevitsch, father-in-law Richard Humblet, sister Mary Ann Paalman, sister-in-law Laura Mentzel, brother-in-law Joe Muskevitsch, brother-in-law Jim Muskevitsch, brother-in-law John Muskevitsch, brother-in-law Romy Muskevitsch, brother-in-law John Humblet, granddaughter Ellice Viotto, nephew Gary Paalman, and his best friend Jim Greil.
The funeral will be held at Cornerstone Church, 359 Broad Street in Menasha on Sunday April 9th. Visitation will be held from 1 to 3pm and at the church service following. For more information and to express condolences, please visit www.wichmannfuneralhomes.com.
In lieu of flowers, a memorial fund will be established.

To order memorial trees or send flowers to the family in memory of James J. Viotto, Sr., please visit our flower store.