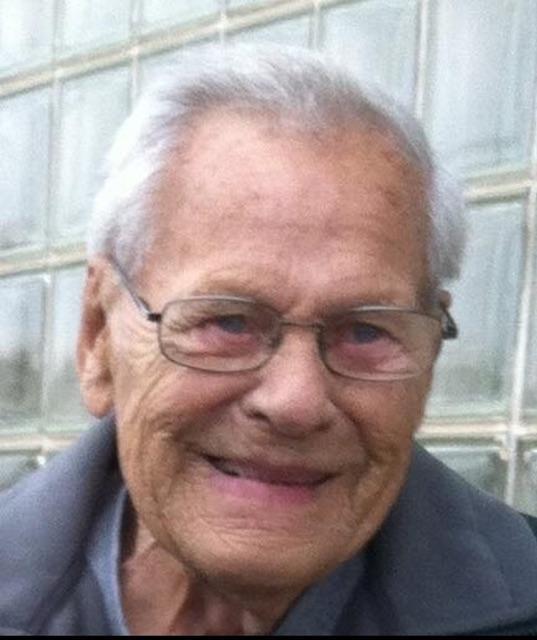 James Henry “Jiggs” Kamps, passed away peacefully in his chair at home on Saturday, October 18, 2014 with his wife by his side.

He was born to Ralph and Barbara (Goeser) Kamps of Appleton on June 12, 1927. Jiggs attended Appleton West High School and went on to enlist in the Army. He proudly served his country during WWII. When he returned from Japan he went to work with his Dad as a beer distributor for Kingsbury Beer. He went on to work at Thilmany's until his retirement. James was united in marriage to Mary Lou McGoey on October 6, 1951. They just celebrated 63 years together. Jiggs family was very important to him. He enjoyed family get togethers watching his grandchildren participate in various activities. He was an avid Brewers and Packer fan and never missed a game and kept perfect stats. He also loved the game of cribbage and cherished the time spent playing with his son-in-laws and grandsons.

Jiggs is survived by his wife of 63 years, Mary Lou, two daughters; Kara (Bernie) Hietpas, and Katie (Travis) Kroner, his grandchildren; Chris, Ali and Ben Hietpas, Audrey and Tyler Kamps, Kip and Kamryn Kroner, great grandchildren; Brayden and Charlotte Hietpas. He is further survived by his sisters, Mary Femal and Barbara Mahony, brother-in-law Gary McGoey and sisters-in-law, Norma McGrath and Jean Kamps, as well as many nieces and nephews.

Jiggs was preceded in death by his parents, his son Kevin and an infant daughter Mary.

Jiggs and his family were very thankful for the daily visits from his friend Pete Kessler, the services provided by Thedacare Hospice, and to Dr. Michael Werner, for everything he did.

To order memorial trees or send flowers to the family in memory of James Henry "Jiggs" Kamps, please visit our flower store.