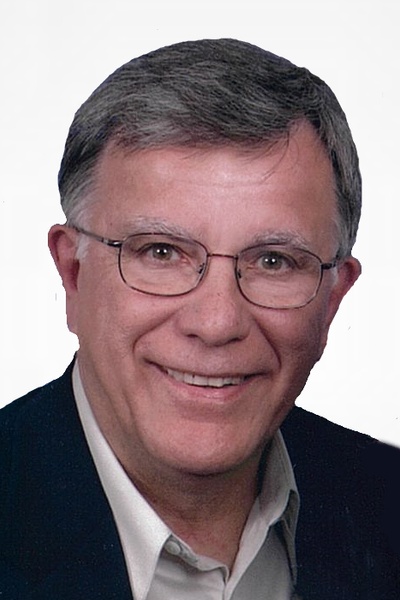 Jim Whittaker, age 76 of Oshkosh, passed away at Bethel Home on Saturday, May 1, 2021.  Jim was born in Kaukauna on April 7, 1945, son of the late James and Veronica (Heimmermann) Whittaker.  He was a graduate of Kaukauna High School as well as University of Wisconsin – Stevens Point.  On July 5, 1968, he married Roberta (Bobbie) Anderson at St. Mary’s Church in Kaukauna.

Jim and Bobbie were happily married for 52 years.  Their love for each other was selfless, unconditional and forgiving.  They loved long walks and took many road trips together. Bobbie spent the last four years dedicated to Jim’s care. Jim’s focus, until the end, was to ensure the well-being of Bobbie and his daughters.

Jim was a loving father who patiently endured barrettes in his mustache, a couple of dented fenders and flat tires.  He spent countless hours supporting his daughters’ long musical and athletic events.  He loved being a grandfather to his one and only granddaughter, Piper.

Jim cherished the time he spent with his brother and sisters. During this difficult time, their love and support has been a blessing and a comfort.

Jim had a long career at Calumet Equity Mutual Insurance Company in New Holstein, Wisconsin.  He truly enjoyed time with his co-workers and considered them friends.

Jim was very involved in church and community service.  He enjoyed being on the board of Ledge View Nature Center in Chilton, Wisconsin.  Jim loved the outdoors, cross country skiing and hiking.

Jim’s family would like to thank Mercy Ascension Hospital, in Oshkosh for the care and kindness they showed for Jim and his family.  The entire staff working with Jim were amazing.  The family also thanks Bethel Home in Oshkosh for their excellent care, as well the hospice nurses that helped make Jim’s passing as peaceful as possible.

Due to ongoing Covid concerns, no services will be held at this time, but a memorial service will be announced at a later date.

To order memorial trees or send flowers to the family in memory of James F. Whittaker, please visit our flower store.