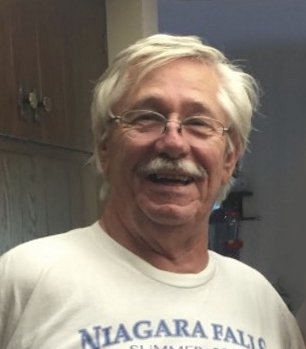 Jack R. Mayer, age 78, passed away peacefully yet unexpectedly, with his family by his side on January 15, 2022, at St. Elizabeth Hospital.  Jack was born on September 4, 1943, son of Walter and Violet (Zak) Mayer.  He attended Appleton West High School where he met his future wife, Nancy Hopfensperger.  They wed on May 5, 1961 at Sacred Heart Catholic Church in Appleton, and they recently celebrated their 60th wedding anniversary.  Together they were blessed with six children and ten grandchildren. Jack worked as a Millwright with Local 1056 and as a Valve Technician in nuclear power plants where he formed some great friendships.

Growing up in a hunting family, Jack loved nature and being outdoors.  He enjoyed to hunt and fish whenever he could along with shooting sporting clays with his sons and grandsons.  He also enjoyed tending his gardens and mowing the lawn with his John Deere tractor on their two and a half acres that he and Nancy called home.  When Jack wasn’t working on a house project, he enjoyed watching tennis on T.V., cheering on the Milwaukee Bucks with Nancy, and everyone knew not to call on Sunday nights when the new episode of Yellowstone was on, but afterward was fair game – especially to talk about the episode.  He loved the family “big breakfast” on Sundays when everyone could gather together to enjoy Jack’s cooking with the best pancakes, toast and hash browns in town.

Jack cherished his family and made being part of their lives his daily calling.  He attended many of the grandchildren’s sporting events, concerts and special celebrations. Never missed a birthday, baptism, first communion, confirmation or graduation – he was always right there with a smile and a hug.  Family and traditions were everything to him and that’s why he was the ROCK of the family.  The first one called with good news, for help or just to chat about life.

Jack will always be remembered as a kind and generous man, willing to help anyone at any time.  The world was a better place because he was in it.  May he rest in peace.

Jack’s memorial service will be held at 3:00 p.m. on Saturday, January 29, 2022, at Wichmann Funeral Home Tri-County Chapel, 1592 Oneida St., Menasha. Visitation will be held from 1:00 p.m. until the time of service.  In Lieu of flowers, a memorial will be established in Jack’s name.  Online condolences may be expressed at www.wichmannfargo.com.

The Mayer family would like to thank Jack’s angel nurses at St. Elizabeth Hospital for their extraordinary care and big hearts.

To order memorial trees or send flowers to the family in memory of Jack Mayer, please visit our flower store.