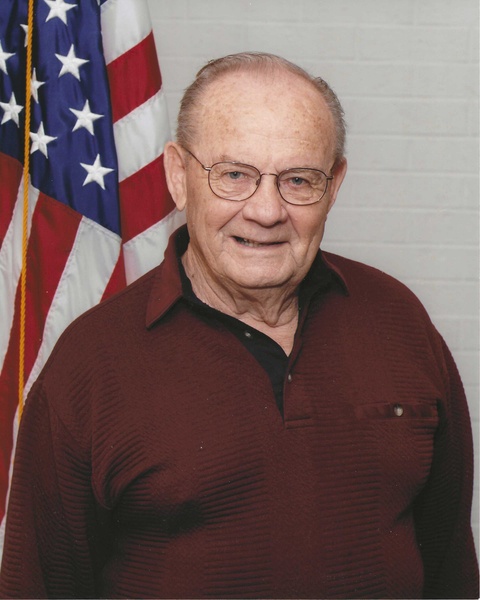 Ivol John Van Handel, age 92, passed away on Wednesday, September 21, 2022.  He was born in Little Chute on February 14, 1930, to Peter and Rose (Blaha) Van Handel.  Ivol was a lifelong learner and educator. He attended St. John High School, earned a Bachelor of Science degree from St. Norbert College in DePere and a Master of Science degree from the University of Wisconsin – Madison.  Ivol married his high school sweetheart, Myrtle J. Schumacher, on December 27, 1951.  The couple were married for over 69 years and enjoyed raising four children.

Ivol was proud of his long affiliation with the military.  He served in the U. S. Army, Intelligence, in Korea and became a Platoon Sargent. He was a parachutist and was awarded the Purple Heart for an injury during combat.  Other military awards include National Defense and United Nations Service Medals as well as the Korean Service Medal with two stars.  He later joined the Army Reserves and completed 20 years of service, retiring as a Master Sargent.

Over the years, Ivol was active in community organizations including Kiwanis Club and Knights of Columbus.  He enjoyed spending time at the deer hunting shack in Argonne and especially loved rabbit hunting with his beagles.  He loved to listen to the beagles chasing the rabbits! Other hobbies included pitching horseshoes, boating and trout fishing canoe trips and he made many great friends through these activities.  He was a wonderful mentor to his children and was very involved in their lives, encouraging and supporting their adventures.

After retirement, Ivol and Myrt enjoyed traveling, some trips leading to wonderful experiences around the world.  They spent many Winters in Tucson, Arizona and Summers in Three Lakes.  They enjoyed entertaining at their home on Big Lake and their favorite time of the year was their annual Jet Ski Weekend which brought together family and friends for days of fun in the sand and on the lake.

The funeral liturgy for Ivol will be held at his parish, St. Paul Catholic Church, 410 Wallace Street, Combined Locks on Monday, September 26, 2022 with visitation at 9:30 AM until the start of the mass at 11:00 AM. The family requests if you wish to memorialize Ivol, please consider an offering to St. Paul Catholic Church. Wichmann Funeral Homes, Tri County Chapel is serving the family. For more information and to express condolences, please visit www.wichmannfuneralhomes.com.

To order memorial trees or send flowers to the family in memory of Ivol J. Van Handel, please visit our flower store.