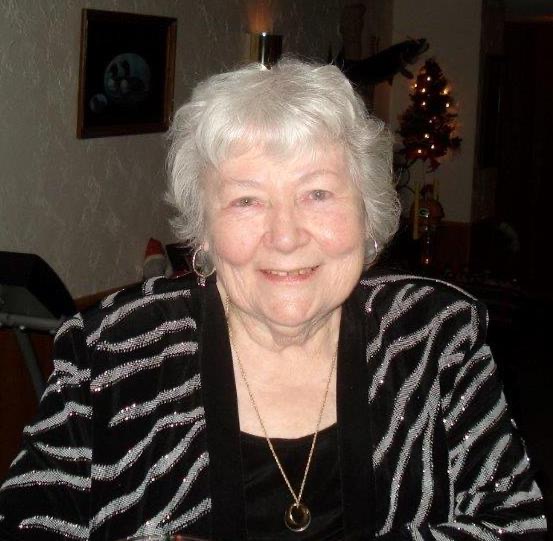 Combined Locks – Inez M. (Miller) Fitzgerald, formerly Liebhauser, 95, passed away unexpectedly and peacefully on March 14, 2021. She was born on August 8, 1925, in Princeton, WI, to Herbert and Phoebe (Wilson) Miller.

Inez married Gilbert A. Liebhauser on October 12, 1942. They resided in Menasha, WI and raised six children. Gilbert passed away on April 6, 1972. They belonged to St. Mary Catholic Church, Menasha, WI.

Inez was blessed to meet and marry William (Bill) R. Fitzgerald on April 15, 1977 and had their marriage blessed on June 15, 1977. They belonged to St. Mary Catholic Church, Greenville, WI. Bill & Inez enjoyed camping, remodeling houses, playing cribbage, Virginia dice and relaxing to a game of backgammon.Bill passed away March 18, 1999.

Inez loved telling stories and reminiscing about her life anytime she would gather with family or friends. She loved camping, beautiful sunsets, nature and watching birds. She enjoyed taking road trips to see the Autumn leaves.

Inez was very blessed to have spent the last eight years living with her daughter, Joanne. She was an excellent caregiver to mom! Joanne did so much to ensure she was happy and well cared for, as well as making many sacrifices to accomplish that. Thank you Joanne for giving so much of yourself to care for mom! “Thank you” seems so inadequate for all you’ve done; just know that it was greatly appreciated by our family, beyond words!

Visitation will be on Saturday, March 27, 2021, at Holy Cross Catholic Church, 309 Desnoyer Street, Kaukauna, from 11:00 am, until the time of the Mass. You may view the Livestreamed service on her obituary page at www.wichmannfuneralhomes.com. Funeral Liturgy will be held at 12:30 pm, following the visitation. Inurnment will be at St. Mary Cemetery, Greenville. In lieu of flowers, memorial contributions are accepted.

To order memorial trees or send flowers to the family in memory of Inez Mae (Miller) Fitzgerald, please visit our flower store.