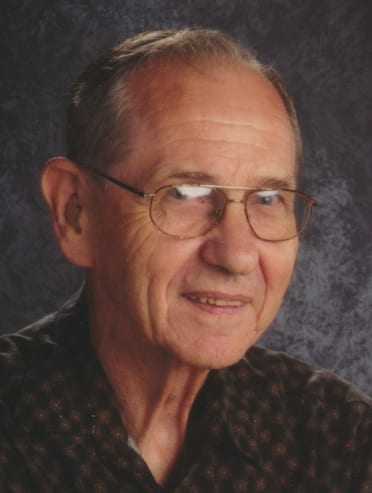 Howard F Heup, age 88, was received into the waiting arms of his Lord and Savior on July 1, 2020 after dealing with the effects of dementia for many years.  Howard was born on April 10, 1932 in Milwaukee, to Harold and Ella (Hagert) Heup.  He was received into God’s kingdom through baptism at Trinity Lutheran Church, also in Milwaukee, on June 26, 1932.  Howard continued to learn of his Savior and was confirmed on April 28, 1946 at Atonement Lutheran Church in Milwaukee.

The Lord led Howard into the teaching ministry and he began his teaching career in 1959 at St. Matthew Lutheran School in Winona, Minnesota, where he taught science and math.  In 1969 he received a call to Fox Valley Lutheran High School in Appleton where he taught Chemistry before moving into teaching Biology.  He also handled various sports including coaching track, cross country, and was the official clock keeper for basketball games for most of his career at the high school.  In 2001, he retired from teaching but continued for several years to help at the school with attendance, substitute teaching, and various other duties as he was needed.

During his time in Appleton, Howard was active in his churches.  First at Riverview Lutheran, then since 1976 at Mount Olive Lutheran Church where he was usher, member of the Board of Deacons, video operator, and communion server until he was no longer able.

Outside of his life as a teacher, Howard enjoyed spending time with his family.  Whether that was fishing trips to his parents’ Minocqua home, hunting with his sons, brother, and nephews, or in later years the camping trips with his grandchildren each summer.  Eventually he and Elaine travelled to all fifty states having visited something in every state most often a natural place where he shared with family God’s hand in creation.  He was proud to have driven to each of the lower 48 states himself with the camper.  He was extremely touched when he saw the wonders of God’s creation in the Giant Sequoias and Redwoods of California.  Howard also spent many years as the Nature Guide and instructor and Camp Bird in Crivitz, Wisconsin.

Howard is survived by his wife of 66 years: Elaine; children: Rev. Charles (Barbara) Heup of Plymouth, Nancy Albright of Auburn, Nebraska, Donna Loewenhagen of Appleton, David Heup of Shawano, and Paula Heup of Appleton.  His grandchildren are Jonathon and James Albright, Jennifer, Julia and Tyler Heup, and Joanna Heup; and great-grandchildren: Noah, Ben, Hannah and Luke Albright.  He is also survived by a brother: Harvey Heup of Grafton; in-laws: Rosemarie (LaRay) Norlin of Tomahawk, as well as several nieces, nephews and cousins.

The Christian Funeral Service for Howard will be held at 11:00 AM on Friday, July 10, 2020, at Mount Olive Lutheran Church, located at 930 E. Florida Avenue in Appleton.  Family and friends are invited to gather at the Wichmann Funeral Home, 537 N. Superior Street on Thursday from 4:00 PM until 7:00 PM and again at the church on Friday morning from 10:00 AM until the time of the service.

Due to the current COVID situation, the family asks that face masks be worn and social distancing will apply.  For those unable to attend, the funeral service can be viewed via livestream by visiting this webpage at 11:00 AM on Friday, July 10.

To order memorial trees or send flowers to the family in memory of Howard F. Heup, please visit our flower store.