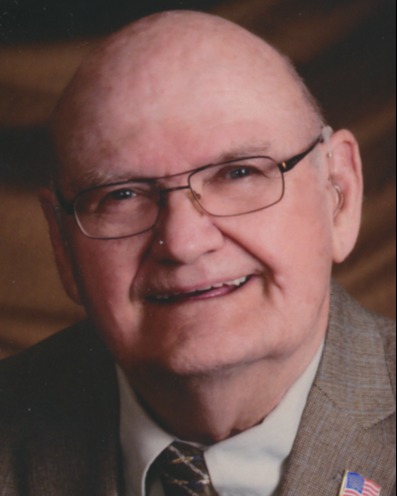 Age 94, passed away at his home on December 1, 2022.  Earl was born in Appleton on June 17, 1928 to Hugh and Rose Van Heuklon. Earl served in the U.S. Air Force from 1946 to 1950. On April 18th of 1953 he married Pat Rosenthal and they enjoyed many years of married life. They had 4 children from this marriage, Linda (Kees Benkers), Thomas (Buck), Cheryl (Bob Kraus), and Daniel. Earl worked for Fox Tractor for 35 years and then finished his working years at Valley Planing. He retired on June 16, 2000 and enjoyed the remaining years taking trips and just doing whatever he felt like. Earl was an avid Packer fan, through good and bad. He enjoyed traveling with his brothers-in-law; Marty, Ken, Bob, and their wives; Elsie, Sally, and Helen. The trip to Alaska in 2001 was a dream come true, and he often talked about what he saw and did. Earl loved to hunt with his oldest son Buck, fish with his fishing buddy Bob Kraus, and having involved discussions with his son Dan about football and which team was the best. When the children were younger, the whole family enjoyed camping. Earl was a quiet man of few words, but his family always knew that his main concern was their happiness. He will be missed by all who knew him.

The funeral liturgy for Earl will be held at 10:30 AM on Tuesday, December 6, 2022 at St. Joseph Catholic Church, located at 410 W. Lawrence Street in Appleton.  He will be placed at rest in St. Joseph Cemetery. Friends may call directly at the church on Tuesday morning from 9:00 AM until the time of the service.

A man of quiet dignity and great strength. He will always remain in the heart of his family. We have been blessed by his kind and tender love through the years. May God hold him in the palm of his hands until we meet again.

To order memorial trees or send flowers to the family in memory of Earl "Hooky" Van Heuklon, please visit our flower store.

Full Military Honors will be rendered.