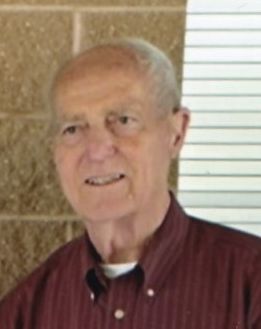 Hank was born to the late Edmund and Theodora (Gietman) Cops on December 23, 1937. He was the tenth of eleven children and was born in ‘s-Hertogenbosch, the Netherlands. In 1948, the Cops family emigrated to Kimberly, WI.

Hank graduated from St. Mary High School in Menasha, WI and was employed at AT@T in Appleton and Cincinnati, Ohio. In the early 1970s, together with his brother Jerry, they started a new business, Cops Services in Kimberly which later moved to Kaukauna WI. After retiring, he was well known for generously sharing his home-made maple syrup and wonderful wine with friends and relatives.  He was a good wood splitter and good digger of earth, He enjoyed paying sheepshead, and tolerated no sloppy play. He was a good leader and a poor follower. Pretty good at basketball and pretty poor at golf. He wrote neatly in very small writing.

And believed anything could be written in one page maximum. The tools he valued most were the fingernail clipper and the wheelbarrow. Favorite of all – his wife.

In lieu of flowers, a donation to the Cops Foundation or the charity of your choice is appreciated.

The family would like to thank all the exceptional doctors, nurses and other personnel at St Elizabeth Hospital in Appleton, WI, for the excellent care they had provided to Hank.

To order memorial trees or send flowers to the family in memory of Henry P. "Hank" Cops, please visit our flower store.