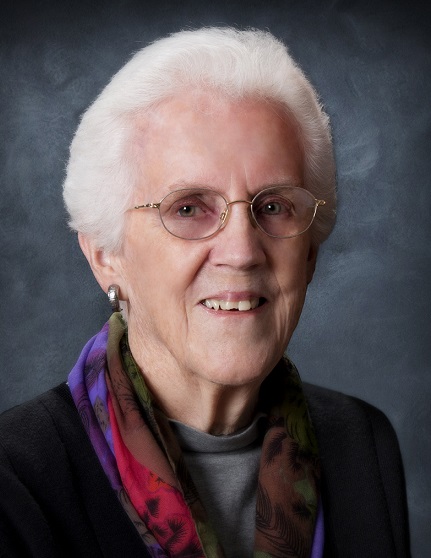 Helen “Lena” Polakowski, age 88 of Kimberly, was called home to heaven on Wednesday evening, February 28, 2018. Lena was born in Kimberly on April 26, 1929, daughter of the late Leonard and Gertrude (Schook) Hakkert. On August 31, 1950, she married Robert Polakowski – a co-worker from Riverside Papers – in a ceremony at Holy Name Catholic Church in Kimberly. One year later their first child arrived, and Lena took to being a mother and homemaker quite rapidly. Lena’s cooking was second to none, and she was an excellent baker of breads and chocolate chip cookies. She was generous with her gifts, and there was always an open spot at the family table for a guest. Lena was a world-class nurse (without a license) and over the years offered care and comfort to family members, neighbors, and friends in need.

Longtime and faithful members of Holy Spirit Parish, Lena and Bob were active in a variety of ways. She shared her deep faith in God by parenting COR Weekend Retreats, as a prayer partner at Holy Name School, as a participant in weekly Bible study, by her involvement in the Cursillo movement in the Green Bay Diocese, as a Eucharistic Minister, and working closely with Althea Valentyn in the Valley Area Special Needs Religion Education Program, which began in the mid-1960s.

Lena was preceded in death by her parents, her son Paul in 2004, her siblings: Jake (Johanna) Hakkert, Chris (Rich) DeCoster, Minnie (Harry) Wulterkens, Coby (Dick) Ebben, and members of the extended Polakowski family.

The funeral liturgy for Lena will be held at 11:00 AM on Tuesday, March 6, 2018, at HOLY SPIRIT PARISH – HOLY NAME CHURCH, 600 E. Kimberly Avenue, with Fr. David Pleier officiating. Interment will take place at a later date at the parish cemetery. Family and friends are invited to gather at the church on Tuesday morning from 9:00 AM until the time of the service.

Lena's family would like to thank the entire staff of St. Paul Elder Services, including The Villa, Home, and Hospice caregivers, for their compassionate care over the past two years. We will be forever grateful for your kindness.

To order memorial trees or send flowers to the family in memory of Helen "Lena" Polakowski, please visit our flower store.