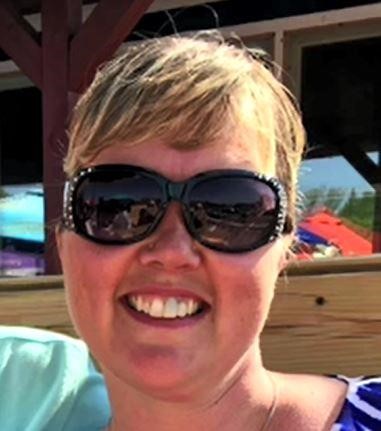 Heaven must have needed another ray of sunshine and decided to call Heather back home.  After a 2 ½ year battle with cancer our Lord and Savior ended her suffering on the early morning of July 19th, 2021.  Through all of the chemo treatments and surgeries, Heather never lost her smile and courageously fought for every day.  She truly was a role model to all those who were with her on this journey and was the nurse’s favorite at the cancer center because she was so positive and refused to let anyone show her any pity.

Heather was born on August 1st, 1972 in Canada.  Her parents, Allister and Linda Mills had migrated to Canada from Scotland 5 years prior along with Heather’s sister Shirley.  Heather’s childhood was filled with skating, soccer, participating with the family in Highland Games and weekends at their cottage.  As she grew her mothers and fathers love for music and singing became a passion for Heather as well.  Heather, along with her mother were members of the Barrie Huronia Sweet Adeline’s choir and traveled throughout Ontario and parts of the United States performing shows and competing in both regional and international competitions.   Heather’s free spirit and passion to experience new things in life, along with a love for children led her to being a Nanny in various locations in Ontario once she graduated from high school.   Once married she gave birth to two incredible daughters, Jaclynn and MacKenzie and became a stay at home mom for them.  As things in life happen, her first husband and her decided they were simply better friends than they were being married and thus peacefully divorced and who are still best of friends yet today.

Fast forward a few years and a chance encounter playing cribbage on Yahoo Games led to her first introduction to Steve.  Over the next several months a few more games were had between them and a friendship started.  That friendship grew to a long distance relationship and a few years later, Heather and her daughters moved to Weyauwega to be with Steve.  Heather and Steve married on August 1, 2009.  Together they built a loving relationship seeing 4 of their 5 combined children get married and welcoming 8 grandchildren into their lives who adored their Nana.  Heather had a love of anything on the water, especially sandy beaches on the ocean, and four years ago they bought their dream home on Lake Poygan.

Anyone who ever met Heather was a better person because of that.  Her infectious smile, overall simply positive attitude and love for life shone through in everything she did.  She will be greatly missed but never forgotten.

Heather is survived by her parents Allister and Linda, her brother Craig, husband Steve, Step Children: Stacie, Nathan and Michael, Children: Jaclynn and MacKenzie.  Their significant others: Josiah, Mikky, Allison, Connor, Trevor. Grandchildren: Christian, Ellie, Treydan, Kinsley, Nora, Emersyn, Callum, and Teagan.  Numerous nephews, nieces, brothers and sister in-laws and countless friends.  She was preceded in death by her sister Shirley, who passed 3 years ago after her courageous battle with cancer.

The family, per Heather’s wishes, are planning on having a celebration of her life on Sunday, August 8th at noon.  All are welcome to come and give remembrance to all that was special about Heather.  Details will be posted on both the Caring Bridge website along with Facebook.

To order memorial trees or send flowers to the family in memory of Heather Lynne Ebert, please visit our flower store.