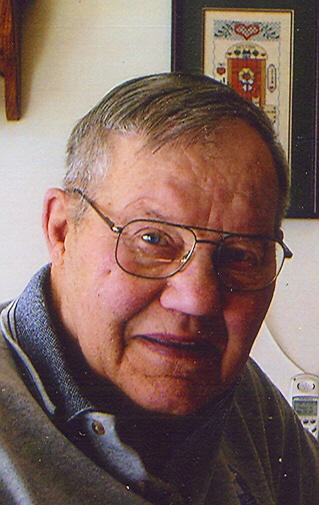 Age 80, died at his home on Saturday, July 19, 2008. Loving husband, father, grandfather, brother, and uncle, Harvey is survived by his wife, Eileen; daughter, Barbara (Alan) McDougall of Nanaimo, British Columbia; son, David (Deborah) Butt, Springfield, Illinois; grandsons, Carl and Erick Butt; sister, Marjorie Beattie, and 11 nieces and nephews. Harvey was preceded in death by his parents, Fred and Grace Butt of Larsen, and by his sister, Audrey Smith and a nephew. Harvey was born April 22, 1928 in the town of Winchester and graduated from New London High School in 1945. Harvey married Eileen Luedtke on August 16, 1952, at Immanuel Lutheran Church in Greenville. He served in the U.S. Army from 1955 to 1957. Harvey farmed in the Towns of Greenville and Clayton with property along Hwy BB. In 1978, Harvey began working at Larsen Co-op from where he retired. Upon his retirement Harvey sold his farm property and moved to Appleton. He bought a cottage along the Wolf River south of New London which he enjoyed for many years to help make the transition from country living. Harvey enjoyed his many friends in the area. Harvey and Eileen have especially enjoyed the company of the many couples from their younger days with whom they continued to socialize throughout their seventies.

Funeral Services will be at 11 a.m. on Tuesday, July 22, 2008 at IMMANUEL EV. LUTHERAN CHURCH, W7265 School Rd, Greenville, with Rev. Mark Henke officiating. Visitation for family and friends will precede the funeral at church from 9 a.m. until the time of the service. Burial will be at the church cemetery immediately thereafter. A memorial is being established.

To order memorial trees or send flowers to the family in memory of Harvey A. Butt, please visit our flower store.