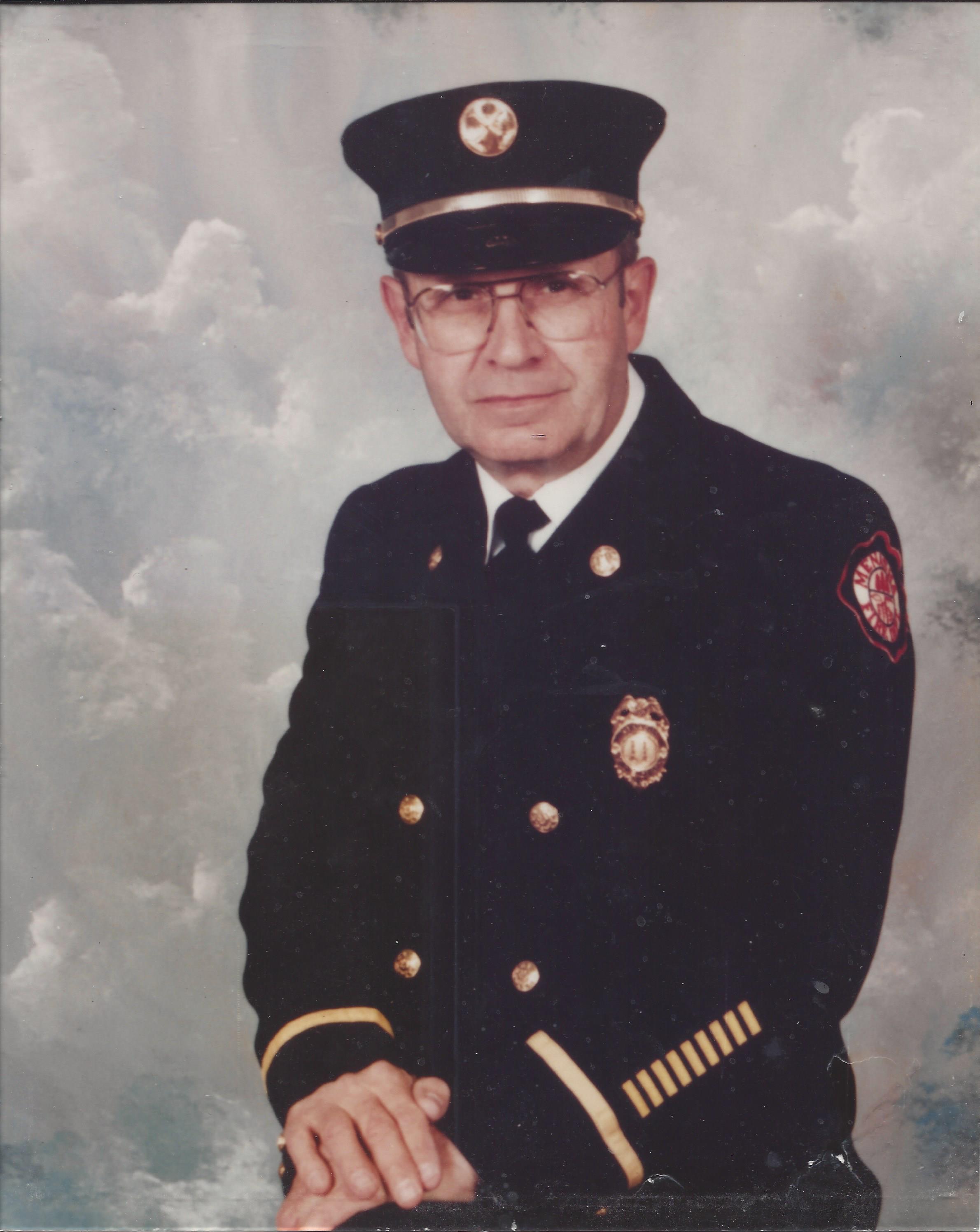 Harry was delivered by a neighbor woman on October 19, 1934, in a log cabin that his father built in Beaver, Wisconsin.

Harry was the second son of the late Anton and Helen (Osmanski) Olszewski. He grew up in rural northern Wisconsin where he graduated from Crivitz High School in 1952.

Harry proudly served in the US Army for 3 years (spec 5) and several years in the National Guard – 32nd division. He was also a member of the Menasha American Legion Post.
Harry married Carol Jean Schnoor in Menominee, Michigan on July 27, 1957. They were happily married for 34 years before Carol passed away in 1993.

Harry had a long and distinguished career in the Fire Service. His calling began in 1963 at the City of Menasha Fire Department until he retired in 1991. He continued his Fire Service at the Town of Menasha Fire Department as Fire Marshall for an additional 9 years as well as a part-time Underground and Above Ground Tank Inspector for an additional 15 years. He retired for a final time in 2015. He was a member of The Wisconsin Fire Inspectors, The International Arson Inspectors, and The Winnebago County Fire Inspectors. He was also a part-time Building Inspector. Harry's outstanding reputation of rarely missing a meeting and his knowledge of all the codes and regulations was known and well earned.

In addition to his wife Carol, Harry was preceded in death by his parents Anton and Helen, his brother Tony, his brothers-in-law Richard (Joanne) and Jim Schnoor.
The memorial mass for Harry will be held at 11:00 AM on Saturday, September 10, 2016 at. ST. JOHN THE BAPTIST CATHOLIC CHURCH (516 De Pere St., Menasha) with Fr. Jim Hablewitz officiating. Visitation will be held from 9:30 AM until the time of mass. Harry asks – please no flowers. Memorials may be directed to the Harry E. Olszewski memorial fund.

Harry wanted to thank all the wonderful people in his life. He wanted to especially recognize his neighbors Richard and Mary Sokol and Wyn Schmitting. Harry gladly helped his neighbors mow, blow snow and repair practically everything. In turn, Harry appreciated Art Schmitting sharing his knowledge of electricity and his neighbors taking good care of him when he needed them the most. Jim and Mary Ellen Knecht have been great and valuable friends. Thank you for all of your support throughout the years. Harry has also built close friendships with his Firefighter Family. Harry would also like to thank the team of medical staff that took such great care of him.

To order memorial trees or send flowers to the family in memory of Harry E. Olszewski, please visit our flower store.