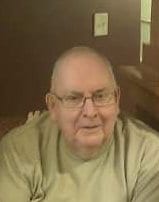 Harley was born March 19, 1930, in Oshkosh, Wisconsin, to Florence and William Roberts. He graduated from Oshkosh High School in 1948. In December 1948, he joined the Air Force and received an honorable discharge on March 19, 1955 as a staff sergeant. But the military was still in his blood. Later that year, Harley joined the Active Army Reserves and spent 22 years as a recruiter and retired as a Chief Warrant Officer Four (CWO4). On May 19, 1950, he married Nancy Peterson and they remained married until her death in 2014. Together, they had 2 children and 2 grandchildren.

Once you met Harley, you were taken in by his character and sense of humor, which he put to full use when he and Nancy purchased Robbie’s Bar in September of 1977. “Pa”, as many of the patrons called him, loved interacting with the clientele by recounting his Army stories and telling jokes. And if there was a cribbage or sheephead game around, you can bet he was at the table. In 1980, he and Nancy purchased a car wash on Murdock Street in Oshkosh that would become Robbie’s Car Wash. You could find Harley outside selling car washes and talking to the patrons as they waited in their cars to go through the car wash. Sometimes he chatted with them a bit too long and forgot to move the cars through the car wash.

Harley’s grandchildren were always a source of pride in his life. When Kelly was born, she looked so much like her Grampa that everyone called her Harley-etta. Harley’s eyes would light up whenever he spoke of them and was so honored when Kelly’s fiancé, Dan, also asked Harley for his permission to marry Kelly. He watched as many of Chris’ baseball games as he could and was so proud the day he was drafted by Cleveland.

One of Harley’s greatest joys in life was talking about his ‘recruits’ and how they blossomed into military careers. None more so than Joel Suenkel. Joel was like a surrogate son to Harley and he enjoyed talking about how he may have played a small part in Joel’s 30 year career and retiring as a Colonel in 2015.

Despite the health issues Harley had, he always kept his strength and positive attitude. At times you’d hear him brag about all of the different surgeries he’d had. We are so thankful to have had him in our lives for 90 years.

The family would like to recognize and sincerely thank the staff of Aurora Hospital for the dedication, endless compassion and love they showed to Harley during his short illness. How they continue to work with and treat patients suffering from this virus is beyond our comprehension. Never underestimate the incredible work they are doing. They are truly amazing people.

A Celebration of Life event was going to take place at the Elk’s Club in Oshkosh. However, with the current events of the world, the celebration has been put on hold until everyone can attend without fear of COVID-19. When a service has been planned for Harland, the details will be published in a later edition of the Oshkosh Northwestern as well as www.wichmannfuneralhomes.com. In lieu of flowers and gifts, the family asks that donations be made to the Wounded Warriors in Action Foundation on Harley’s behalf. This organization holds a special place in Harley’s heart as it was founded by one of Joel’s best friends, John McDaniel. www.wwiaf.org

To order memorial trees or send flowers to the family in memory of Harland James "Harley, Robbie" Roberts, please visit our flower store.