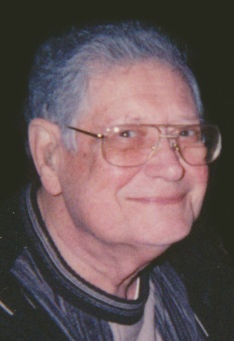 Harlan Clark, age 95, passed on April 1, 2022.  He was born in Green Bay on February 18, 1927, to the late Fredrick and Dorothy Clark.  At an early age he had decided he wanted to see the world, so following his sophomore year of high school, Harlan decided to join the Merchant Marines.  This was in 1944.  After joining, he was based in New York City, but his travels soon took him to England, France, Germany, and Australia.  In 1949 he married LaVerne Krueger, and in 1951 enlisted in the Air Force where he and LaVerne were stationed in Savannah, Georgia.

In 1955 the couple moved back to Appleton where Harlan began working for his parents in the family-owned dry-cleaning business.  Harlan was the proud owner and proprietor until it was time for retirement, at which time his son Jeff became the owner.

Over the years, Harlan enjoyed being a member of the Wisconsin Dry Cleaners Association, the Masonic Lodge, Kiwanis club, Shriners International, and First United Methodist Church. He also enjoyed playing cribbage with anyone who would play along, collecting coins, and spending time with his family.

A farewell devotion with full military honors for Harlan will be held at 11:00 AM on Tuesday, April 12, 2022 at the Wichmann Funeral Home, located at 537 N. Superior Street in Appleton.  Rev. Ben Morris will officiate, and Harlan will be placed at rest with LaVerne at Highland Memorial Park.  Family and friends are welcome to visit at the funeral home on Tuesday morning from 9:00 AM until the time of the devotion.

The family would like to thank they many caregivers who became part of our family over the last months and years.  This includes the entire staff at Caroline Manor – past and present – as well as everyone from Compassus Hospice.  You all have been special angels to our family and we will never forget your kindness.

To order memorial trees or send flowers to the family in memory of Harlan J. Clark, please visit our flower store.