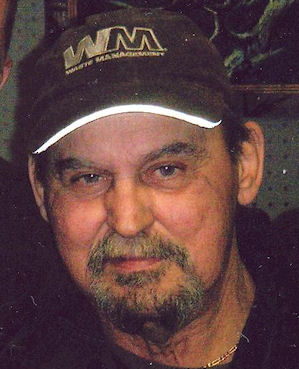 On Monday, September 3, 2012, we lost a son, a brother, an uncle and a friend to many, as Gregory Lee Madson left this world on eagle's wings. Greg was born on May 28, 1953. He grew up riding Harleys and rode all his life. He drove truck for Waste Management until his illness became too much for him.

Greg's family would like to thank the many caregivers, who gave us time with him. Dr. Andrea Schimke, Dr. Nancy Lindo-Drusch, the UW-Madison Hospital Transplant team, Dr. Michael Lucy, Duffy Becher, RN and the staff of nurses who took care of him during his time there. Also, to Theda Care Hospice, with special thanks to Mary and Trina, and to Cash and Mary Clark for the months of self-sacrifice. We love you dearly.

And lastly, Greg's many brothers with the D.C. Eagles MC. To Maverick and Dave who stayed vigilant at his side. He loves you guys and so does his family. You accepted him into your family and now we accept you into ours.

A Private celebration of Greg's life will be held.

To order memorial trees or send flowers to the family in memory of Gregory "Rude" Madson, please visit our flower store.