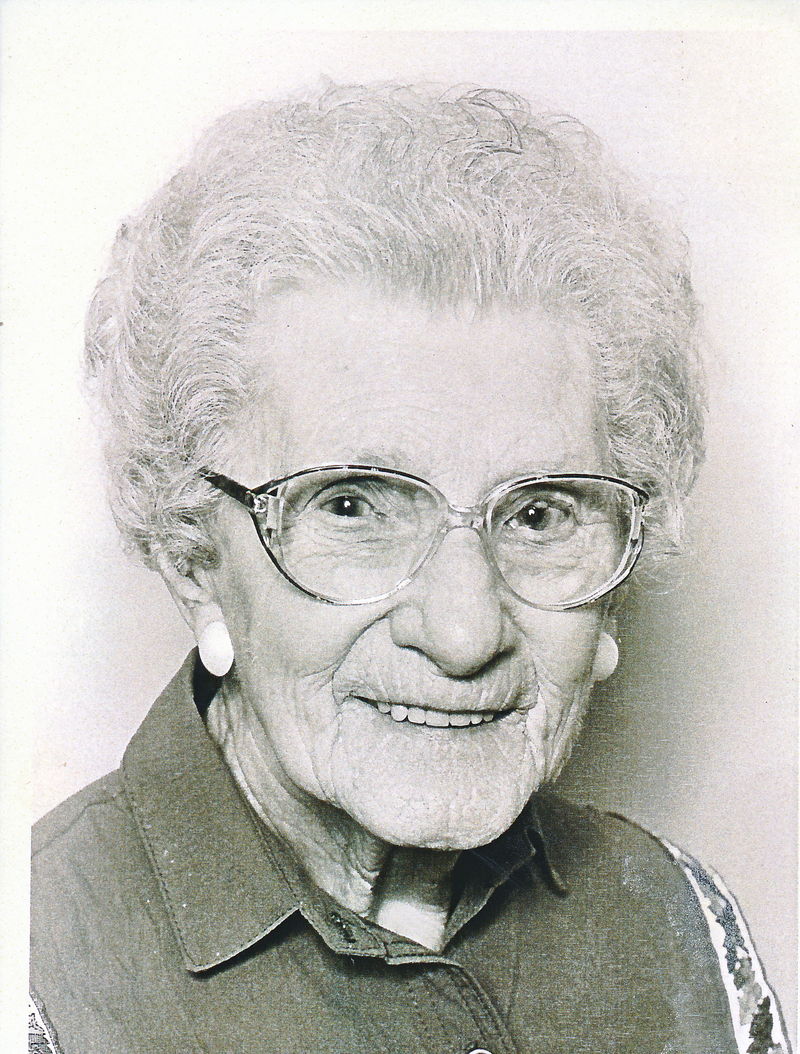 As a young woman, Grace began her Lord's work by teaching the truths of Holy Scripture to the pupils entrusted to her care at Emanuel Ev. Lutheran School in New London. She spent thirty-six years touching young souls, all at Emanuel. Even in her retirement, her commitment continued as she tutored students in her home. She knew her life's work was to touch the hearts and souls of each and every person she met, and she remained focused upon that goal until the very day the Lord called her home.

Survivors include three sons: Dalton “Del” (Ellen) Wolfrath of Appleton, Robert (Darlene) Wolfrath of Hortonville, and Richard (Donna) Wolfrath of New London. There are also eight loving grandchildren: Terryl (Linda) Wolfrath and their daughters Rebekah and Leah of Kaukauna; Lana (Tom) Bruss and their son Matthew of Appleton; Stephen (Christine) Wolfrath and their sons Joel, Jonathan, and Nathan of Appleton; Chad (Kathryn) Wolfrath of Hortonville; Sarah (Corey) Marohn of Houston, Texas; Ryan Wolfrath of Hortonville; Heather (Todd) Runge and their twin daughters Kelsey and Kennedy of Greenville; and Brenda (Todd) Scholtens of Buda, Texas. Grace also leaves behind a sister: Vivian Dobberstein of Shawano, and is also survived by many nieces, nephews, other relatives and friends, and the many former students from Emanuel who lovingly knew her as Miss Grace. She was preceded in death by her parents, her husband, infant granddaughters: Shannon and Traci; a sister: Margaret Pribbernow Sawall; and brothers: Raymond (Pauline) Arndt and Walter (Baverna) Arndt.

The Christian Funeral Service for Grace was held on 12:00 Noon, on Friday, December 17, 2012 at Emanuel Ev. Lutheran Church in New London, Wisconsin. Rev. John Schewe led the worship. Later, as Grace was placed at rest alongside her beloved Melv, Pastor Schewe offered this committal prayer, specially written for the day by Grace's eldest son, Dalton Wolfrath:

Lord, it is you who has gently laid me down to await that final trumpet. It will surely come! The leaves fall softly on my bed, and the snows cover the ground. The summers go and the winters come, but you, Lord, you know where you have laid me. For while my soul lives with you, my bones await that 'certain' (to come) day. For your promises are true, my God and my Father. In your salvation have I trusted! In Jesus' name. Amen.

To order memorial trees or send flowers to the family in memory of Grace Arndt Wolfrath, please visit our flower store.