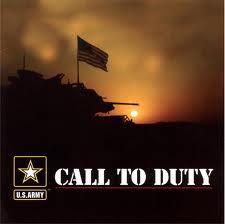 Gordon Schultz, age 79, passed away at the Appleton Medical Center on Tuesday, January 28, 2013. Gordon was born in Oshkosh, Wisconsin on September 8, 1933, son of the late Werner and Lena (Hirte) Schultz. Gordy met his future wife, Dora, while serving in Italy as a member of the United States Army. They married on October 14, 1956, in Trieste. Together they shared fifty-six wonderful years together. Gordon served two consecutive tours of duty in the Army, beginning in 1955 and concluding with his honorable discharge in 1961. After their marriage, the couple relocated to Menasha, where they raised their daughters, Patricia and Barbara.

He and Dora enjoyed fishing together, and Gordy also loved gardening. He had a very green thumb – especially with violets and vegetables.

Gordy is survived by his wife: Dora; and his daughters: Patricia Schultz of Irving, Texas and Barbara Schultz of Henderson, Nevada; a brother-in-law: Nino and his wife Bruna; and two nephews: Paolo and Bruno. He was preceded in death by his parents and a brother, James Schultz in 1962.
.
At Gordon's own request, no services are being planned at this time.

Gordy, we will love you forever and miss you always. -Dora, Patty, and Barb.

To order memorial trees or send flowers to the family in memory of Gordon W. Schultz, please visit our flower store.