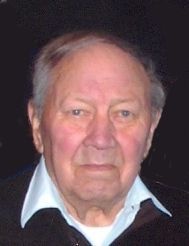 Gordon John “Gordy” Wochinski, 84, Kaukauna, passed away on May 28, 2014. Gordy was born on March 30, 1930 in New London to the late John and Ella (Hoffman) Wochinski. On June 23, 1952 he married the former Frances Kraus in New London and she preceded him in death on February 27, 2012. He served his country during the Korean War as a member of the U.S. Army Air Corps, 82nd Airborne Paratroopers. He was a longtime employee of Thilmany Paper, retiring at age 62. Gordy was a dedicated family man. He loved watching his children's and grandchildren's football games and school events. Gordy was a quiet man but loved polka dancing with his wife Fran and was known to occasionally “liven up” the dance floor at weddings. He was an avid sports fan who enjoyed the Packers, Brewers and Badgers. He loved the outdoors, hunting and fishing.

He will be sadly missed by: his sons Mike (Debbie) Wochinski and Greg (Carol) Wochinski both of Kaukauna; two grandchildren: Cheri (special friend Ryan Verhage) Wochinski and Michael Wochinski; one great-grandchild Jade; brother David (Russella) Wochinski; sister Joann (Melvin) Wilkens and many nieces, nephews and other relatives and friends.

He was preceded in death by: his parents; his wife Fran; brother George Wochinski; sister Marion Wochinski.

Funeral Services for Gordy will be Monday June 2, 2014 at 4:00 pm at Holy Cross Catholic Church, 309 Desnoyer Street in Kaukauna with Rev. Tom Pomeroy officiating. Visitation will be on Monday from 2:00 to 4:00 pm at the church. Burial at Holy Cross Cemetery, Kaukauna.

In lieu of flowers, a memorial fund is being established. The family would like to thank the staff and nurses of Appleton Health Care Center, Affinity Visiting Nurses Hospice and Dr. Michael Werner.

For more information and to express condolences, please visit the online guestbook at www.wichmannfargo.com.

To order memorial trees or send flowers to the family in memory of Gordon "Gordy" John Wochinski, please visit our flower store.