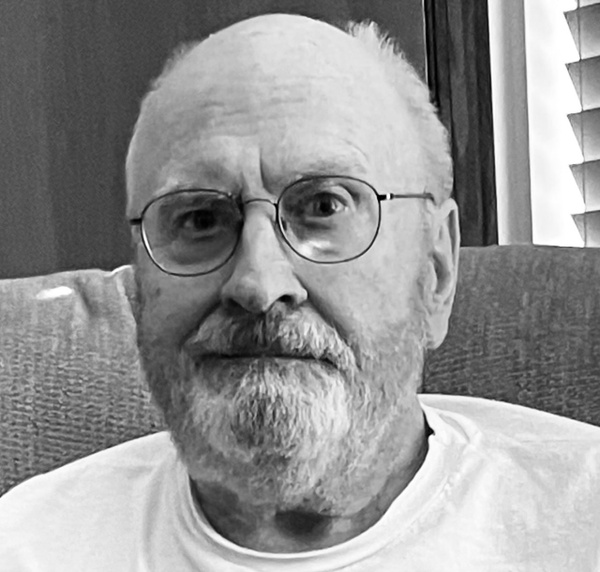 Glenn Wayne Gabbard was born on April 10, 1942 in Prairie Grove, Arkansas, and passed away peacefully, surrounded by family and close friends, on March 26, 2022, at Willow Lane Assisted Living in Appleton. Glenn was the youngest son of Leonard R. and Belle (Homesley) Gabbard and grew up in Fayetteville, Arkansas.

Glenn was preceded in death by his beloved wife of 55 years, Lois A. (Wagner) Gabbard, his parents, his brother, Norman Gabbard, and brother-in-law, B.J. Norman. He is survived by his sister, Carolyn (Gabbard) Norman, of Fayetteville, Arkansas, and his two sons, Gerald W. Gabbard of Vancouver, Washington (Ashley [Sawyer] Gabbard; step-children Ryan and Abby Prudente, and Gerald’s son, Micah, of Fort Collins, Colorado), and Gerard F. Gabbard of Bloomington, Illinois (Rebecca [Tressel] Gabbard, and their three children, Haley, Seth, and Benjamin), as well as his brother-in-law, Gerald C. Wagner, Jr. (Judy) of Neenah and sister-in-law, Barbara Gabbard, in Arkansas. He is also survived by nieces and nephews Leonard Gabbard, Greg Gabbard, Karen Hays, Lisa Norman, Jo Ellen Schwandt, Sharon Thomason, and Robert Wagner. Glenn is also survived by a long-time family friend, Cherith Keeton, of Geneva, New York, whom he thought of as a daughter. He loved his family, wife, children, grand-children, and friends dearly and was a very generous, giving, and helpful person to everyone.

Glenn held a bachelor’s degree from Central Bible College in Missouri and a master’s degree from Wheaton College of Illinois and had pursued doctoral studies at New York University. Glenn, Lois and sons moved to Appleton in 1978 from Ithaca, New York.

Glenn worked in Appleton as a carpenter. He also taught adult education classes at his churches for many years. Glenn and Lois most recently attended Calvary Bible Church of Neenah. His strong belief in the goodness and wisdom of God and in the hope of eternal life through the grace of Jesus Christ was the foundation of his faith. Glenn was also a great lover of music and he played the piano and sang, often performing solos or duets in church or for family events. His family was glad to gather with him during his final days to share music, remembrances, prayers, and devotions with him.

The memorial service for Glenn will be held at 6:00 pm on Thursday, March 31, 2022, at the WICHMANN FUNERAL HOME – DOWNTOWN CHAPEL (537 N Superior St, Appleton). Visitation from 4:30 pm until the time of service. In lieu of flowers, the family has asked for you to consider making a donation to your favorite charity in honor of Glenn. If you would like to donate to one of his favorites, he was a long-time supporter of Lake Lundgren Bible Camp in Pembine, Wisconsin (llbc.org). The family is also extremely grateful to Willow Lane and Heartland Hospice and their wonderful staff for the excellent and high-quality care Glenn received during his final months. Thank you.

To order memorial trees or send flowers to the family in memory of Glenn Wayne Gabbard, please visit our flower store.