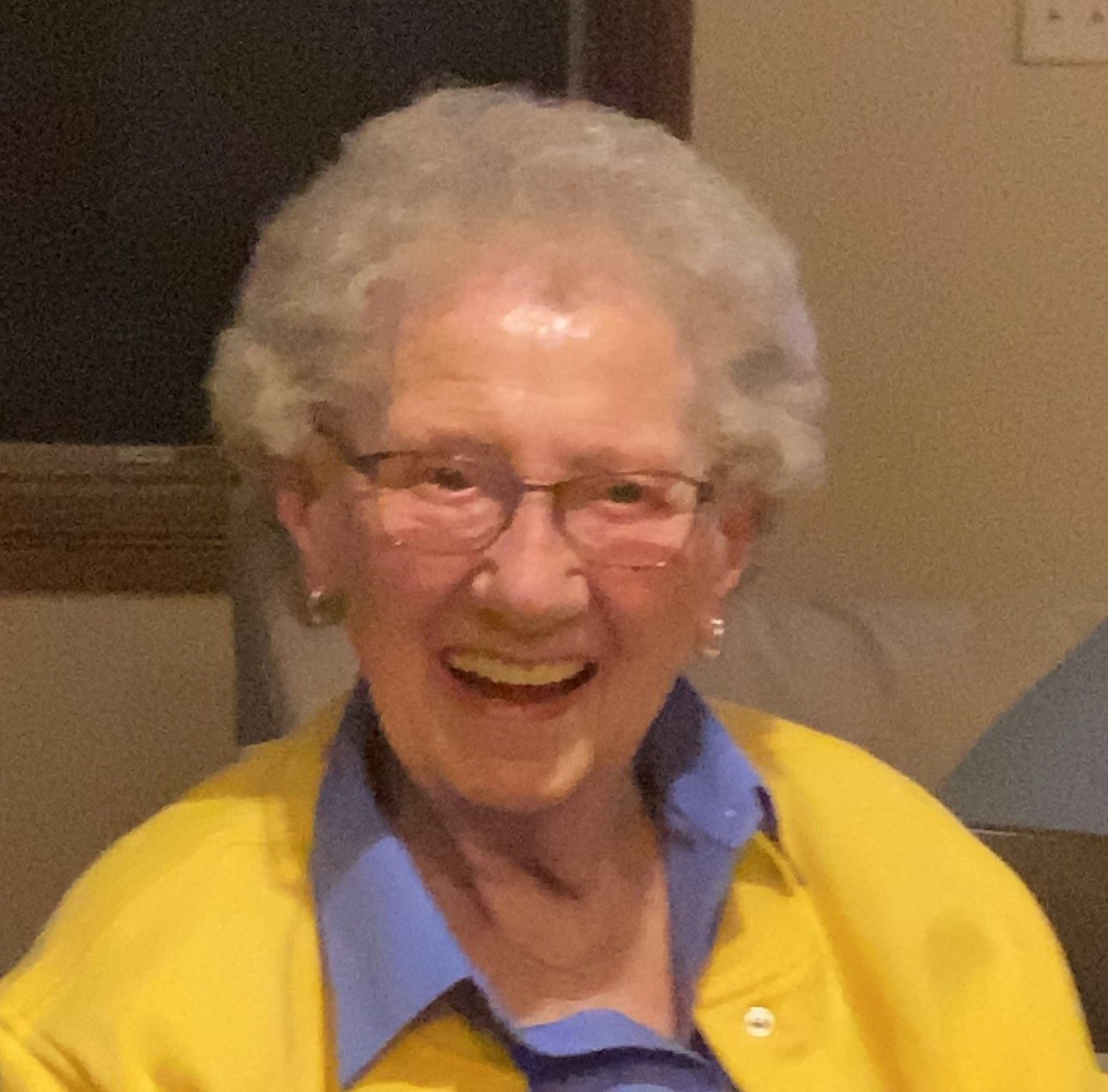 On January 23, 2022 Gladys (Reitzner) Van Dalen, 101, of Combined Locks, was finally called home to be reunited with the love of her life, Pat and son Jamie after living her life to the absolute fullest to the very end.  For those that knew her, 101 years was not enough of Gladys on this earth.

Gladys was born in Appleton on October 5, 1920, to the late Edward and Anna (Luniak) Reitzner.   She attended Appleton High School and was a member of the graduating class of 1939.

Gladys loved to dance and met Pat at a dance at the Crystal Ballroom in Sherwood.  While Pat served his country in World War II, Gladys worked at Tuttle Press.  When he returned home, they were united in marriage on June 22, 1946.  Pat and Gladys had three children – Jamie, Tom and Patti.

Pat and Gladys moved to the Van Dalen homestead in 1963 where they raised their three children.  Gladys fondly shared her home with family and friends, hosting laughter-filled celebrations, including her family’s Christmas Eve celebrations, even at the age of 101.  She loved to cook for her family, especially her famous deviled eggs and apple pie.  Gladys enjoyed her annual birthday weekend with her girls in Door County, most recently celebrating her 100th birthday there with old fashions and Bud Light.  She looked forward to trips to Lake Poygan for fish fries and to watch her great-grandchildren fish and jump into the channel.

Gladys was preceded in death by her husband William (Pat) VanDalen, her son Jamie, her daughter-in-law Fadwa and Pat’s sisters and brother-in-laws.  In addition to those loved ones, she has been reunited in heaven with her brothers and sister-in-laws, Carl (Fran), Edwin “Hap” (Helen), Robert “Bob” (Tootie), Arnold “Heinie” (Joan), and an infant brother Edward and her sisters and brother-in-laws Margaret “Megs” (Ray) Luedtke and Katherine “Kate” (Gus) Hafeman.

Gladys’s most cherished role was mother, grandmother and great-grandmother, or “Grandma Grandma” as her great-grandchildren called her.  Her greatest legacy is those she leaves behind to continue to live with the grace, humility and kindness she instilled in them:  her son Thomas (Veronica) Van Dalen and daughter Patricia (Richard) Thiel, her grandchildren Melissa (Chris) Collar,  Magan (Travis) DeValk, Margo (Adam) Fox, Nadia (James) Papagiannis and William (Amy) Van Dalen, and her great-grandchildren, Grace and Ethan Collar, Makenna, Chloe, Macey and Drew DeValk, Finnigan and Calahan Fox, Gabriella and George Papagiannis and Charlotte Van Dalen.  She is further survived by numerous nieces and nephews.

The family would like to thank her caretaker Debbie who cared for Gladys this past year with the utmost compassion.

Gladys requested a party be held to celebrate her life which will be organized for a future date.  In lieu of flowers, donations may be made in Gladys’ name to the Parkinson’s Foundation.

To order memorial trees or send flowers to the family in memory of Gladys Van Dalen, please visit our flower store.